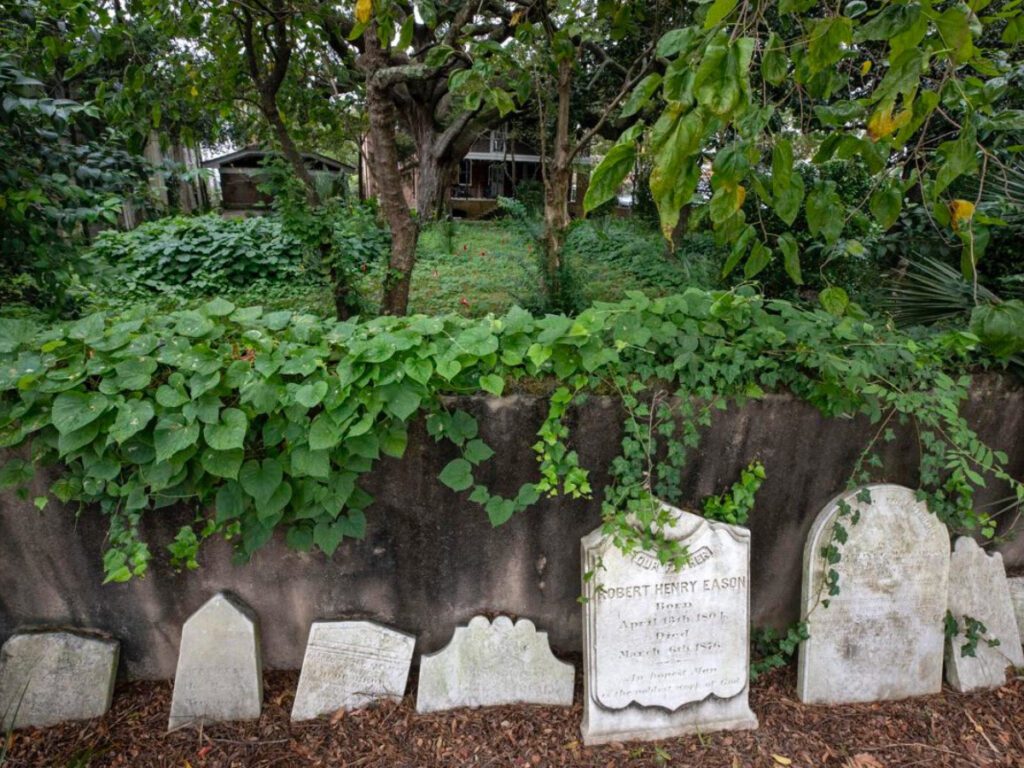 Few cities in America have a collection of early gravesites comparable to those in Charleston. Yet the headstones most frequently seen and visited represent just a fraction of those buried beneath the city.

Historically, access to resources and cultural tradition factored into how burial sites were commemorated. Not all had the privilege to leave enduring markers. Many burial grounds, particularly those of persons of African descent, still exist, many without headstones. While these sites may have historically been on the fringes of Charleston’s urban environment, those boundaries are rapidly eroding.

The discovery of 36 burials of formerly-enslaved persons during renovations to the Gaillard Center in 2013 was a wake-up call for the Charleston community. It revealed that the City did not have adequate tools to recognize or protect the cultural and sacred value of its unmarked burial sites. And though the locations of many cemeteries are known, the City has not yet formally adopted an inventory or land use planning strategy that honors these sites.

The Preservation Society is working to change the status quo. In 2021, we succeeded in convincing the City to take an initial step to adopt legislation prohibiting the desecration of burial grounds. These new rules were passed with urgency given rapidly increasing development pressure. The imperative is even greater considering that several undocumented burial sites have already been built over in Charleston, likely forgotten and lost.

Gravesites and burial grounds are a tangible, if unseen, reality of Charleston’s social history. As Charleston grows, time is of the essence to defend the sanctity of human burials and the souls of those who shaped our built environment.

by Brian Turner, Preservation Society of Charleston Director of Advocacy Last week, state regulators issued a stop-work order to protect an African American burial ground in Cainhoy from an encroaching […]