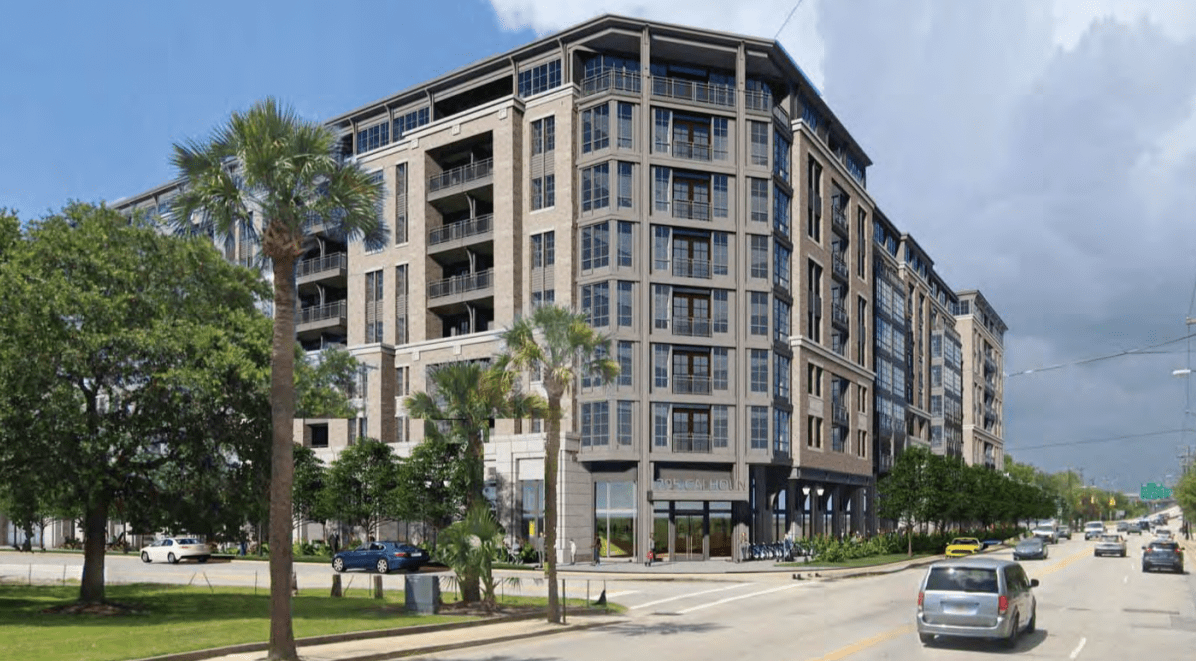 Artist’s rendering of the front of a proposed mixed-use development at 295 Calhoun St. | Provided

A major mixed-use project proposed near the hospital district was again denied Wednesday when it landed back on the Board of Architectural Review (BAR) Large docket, months after having been denied in April.

Plans for the proposed eight-story, 325-unit apartment development at the corner of Calhoun Street and Halsey Boulevard that included ground-level retail and a 429-space parking deck was unanimously rejected April 14 due to its massive scale. Advocates said it would have felt out of place in the area, which includes high-rise medical facilities alongside more traditional peninsula architecture.

Representatives from both the Preservation Society of Charleston (PSC) and the Historic Charleston Foundation (HCF) participated in the public comment period of the meeting to denounce the proposal.

“We continue to have significant concerns over the height, scale and mass of this project,” said HCF properties manager Justin Schwebler. “We thought the board and staff comments were perfectly to the point at the previous meeting … All parties seemed to be in agreement that the building was quoted as ‘inappropriately large.’”

Schwebler said he and others believed the applicant, Davis Carter Scott and DCS Design, did not make significant enough changes to the proposal to address the board and staff comments, especially since they were primarily directed at the scale and mass of the building.

The PSC is advocating for a complete restudy of the project, with the following points in mind:

The BAR meeting was conducted over Zoom, and meetings are normally recorded and posted to the city of Charleston’s YouTube channel. However, the Aug. 25 meeting was not yet been posted as of Aug. 26.