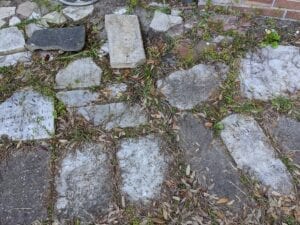 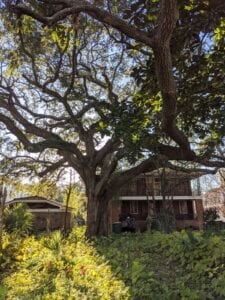 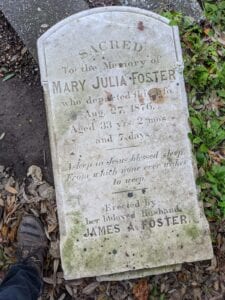 The Post & Courier report of a Stop Work Order at 88 Smith Street is sparking renewed conversations about the need for the City to advance policy to protect abandoned burial sites. While this recommendation is now included in the draft City Plan, the site work combined with development pressures threatening abandoned African American cemeteries throughout the region gives more immediacy to the effort.

The unpermitted home renovations at 88 Smith were, unfortunately, not the most shocking aspect of the news. Rather, journalist Adam Parker uncovered that in April the City approved a permit at the site to bore “16 helical piles” for foundation repair. That permit was granted despite widespread knowledge that the home site includes over 3,600 African American burials. In fact, the City had no option but to grant the permit as it currently has no law on record that requires landowners to protect and preserve burial sites.

Before his untimely death last fall Dr. Ade Ofunniyin, founding Director of the Gullah Society, had been spearheading a campaign to ensure that the ancestors buried at 88 Smith would be protected. This week’s news reveals that the recent purchaser of the home is not similarly committed to that goal. But his defense is startling simple: the City has no burial inventory to refer to. Even if he generally knew of the burials, he was offered no guidance by the City before engaging in ground-penetrating work at his home.

It is time to act. We invite City and community dialogue on steps the City can take to better safeguard and honor those buried in its soils. This is particularly urgent given the threat to African American burial sites, the enslaved and free persons of color who largely built Charleston and all too often lacked the means to create monuments for the deceased.

The current state of the law for burials is gray. State law criminalizes “knowing and willing” desecration of human remains. Limited protections are provided when state or federal permits are required, but this is typically limited to large, multi-acre projects or those in close proximity to navigable waterways. But prosecutors may have difficulty proving that desecration is “knowing and willing” when there is no identified list of known sites. Further, permitting agencies do not typically require underground investigation in advance of a project; they only include clauses in permits that require a stop-work once a burial is uncovered. This is the process that stopped work at the Oak Bluff development in Cainhoy.

Fortunately, the City has a major head start on the daunting work of inventorying and protecting its burials. In 2010 Michael Trinkley with the Chicora Foundation published “The Silence of the Dead: Giving Charleston Cemeteries a Voice” which inventories over 100 sites. Further, Dr. Nic Butler with the Charleston County Public Library has done superb work educating the public through his Charleston Time Machine podcast. And recent research from Grant Mishoe with the Gullah Society has dramatically improved upon earlier documentation efforts.

There is added impetus. State law provides Counties and municipalities like Charleston the clear authority to act “preserve and protect abandoned or unmaintained cemeteries” (SC Code 6-1-35). Few jurisdictions have accepted this challenge, and Charleston has the opportunity to be a leader. Its commitment could also help to build momentum for Congress to pass the African-American Burial Grounds Network Act which offers the opportunity for technical assistance and grant funding to encourage more local governments to engage on this issue.

Fundamentally, regardless of the policy approach we take, Charleston must make a commitment to honor those in death who were not given dignity in life. We are looking forward to the conversation.