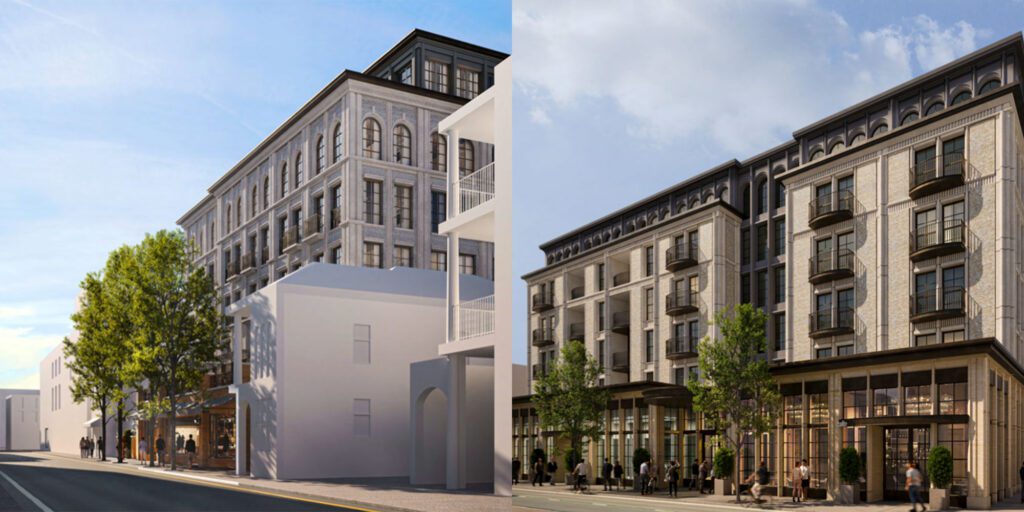 A proposal to redevelop a critical downtown site will be heard by the Board of Architectural Review – Large on Wednesday. The major infill project slated for the surface parking lot between George and Society Streets was originally denied in March, and is back for conceptual review after a substantial rethink.

The architectural direction of the project has improved to relate to Charleston’s unique character, but the applicant is again requesting an additional seventh story for architectural merit.

Last week, the Preservation Society asked City Council to approve a commonsense update to the zoning code to remove the “architectural merit” provision that affords extra height through the BAR process and has become a standard request from developers in recent years. 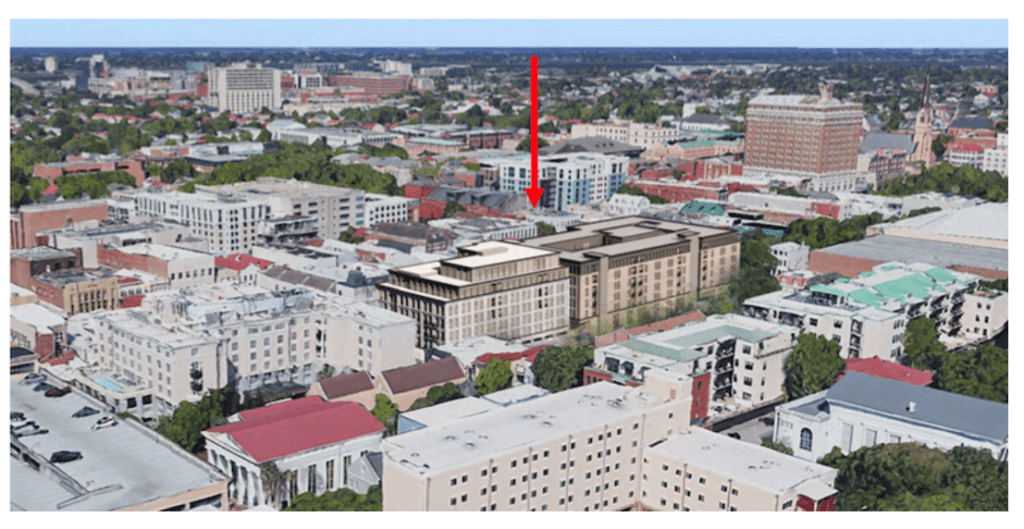 PSC President & CEO Brian Turner warned Council that inaction could trigger a flood of projects requesting additional height before the rule is nixed, which may pose detrimental impacts for Charleston’s urban landscape and skyline.

Read Brian’s op-ed in The Post and Courier: “This sensible reform can protect Charleston’s skyline”

Unfortunately, Council deferred action on adopting the change, allowing large projects like this to continue taking advantage of extra height to build as high as zoning rules allow. We will oppose the request for extra height on the George Street proposal, and continue to push for the elimination of architectural merit to provide better clarity and predictability in the BAR process.

VIEW: The entire project proposal on the BAR-L agenda and meeting image overview