Another Critical Vote on 295 Calhoun 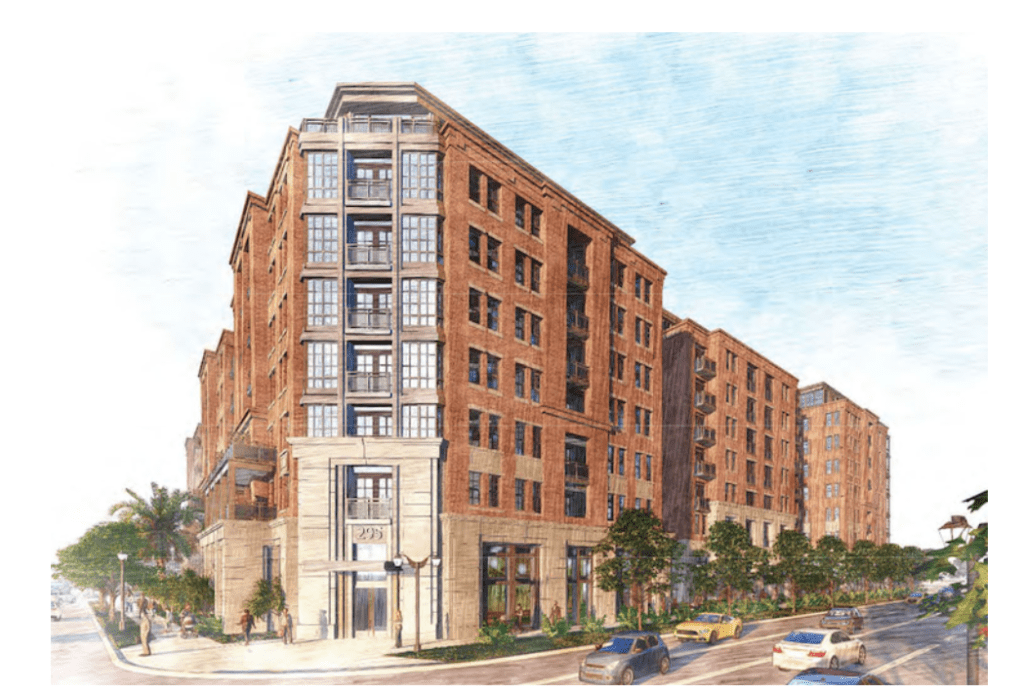 This week’s Board of Architectural Review – Large (BAR-L) meeting could be the most important in years.

After an unprecedented deadlock among four BAR-L members present last month forced the project to be tabled until November 9, the proposal for 295 Calhoun Street returns on Wednesday, and the vote could have wide-ranging repercussions.

Nearby historic Harleston Village could be dwarfed by yet another generic, blocky addition to the Charleston skyline. But more than that: Developers are returning with a design similar to plans already twice rejected by the BAR.

Will the board stick to its principles and again deny this project in the face of another developer-backed challenge to the city’s landmark historic preservation law?

The zoning for this site does allow for a 7-story mixed-use building, and there is no doubt it could be done well if approached creatively and with a commitment to quality. However, as currently presented, the proposal is a poor design solution that does not respond to the context or Charleston’s distinct character. Coming back time and time again with little to no redesign shows little investment by the developer in building something for this community.

The board will reconvene on Wednesday, meaning a decisive vote on 295 Calhoun is imminent. Make no mistake, the credibility and integrity of the Board of Architectural Review process could be in jeopardy on Wednesday night.

The Preservation Society has opposed each of these poorly designed proposals and will continue standing up for Charleston as pressure mounts on the bulwarks of the city’s preservation legacy.

The Board of Architectural Review-Large will meet Wednesday, November 9 at 4:30pm in the 1st floor public meeting room at the Gaillard Center, 2 George Street.

View the building plans online here, and submit written comments by 12pm Tuesday at innovate.charleston-sc.gov/comments. However, to make your voice have the most impact, we encourage you to show up to the meeting and speak in-person.