Breaking News on the Future of Cruise in Charleston 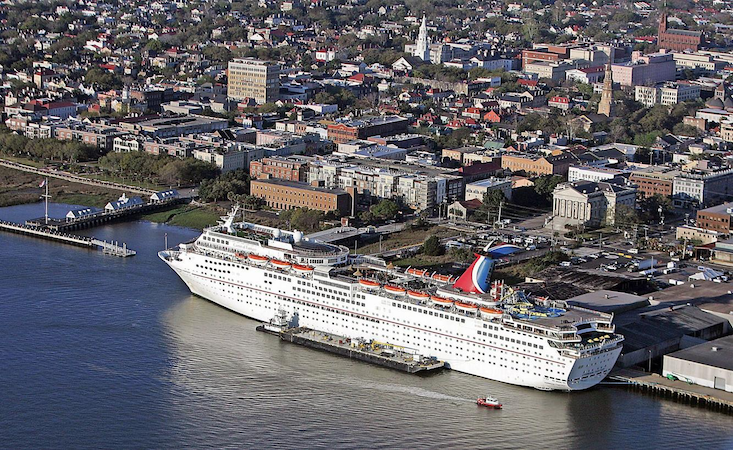 The State Ports Authority made two key promises on Wednesday which we hope will usher in a new era of sustainable tourism in our city. First, it will terminate its contract with Carnival Cruise Lines that allows the company’s ships to home port in Charleston, effective late 2024. Second, and perhaps more importantly, it will abandon contentious plans for a new cruise terminal.

This is, without doubt, a major victory for the City of Charleston. We applaud the SPA for its leadership.

As we have learned over the years, the cruise ship industry has touted the economic benefits of cruise traffic while downplaying the harmful consequences for our community. Increasingly massive boats pollute our air, create effective no-go zones for residents, and tax city infrastructure and public services.

These pressures have resulted in a unique alliance between preservationists, environmental groups and neighborhood associations who have stood together over the last decade with the common cause of protecting our city’s livability. We have forged collaborations through consistent advocacy and legal actions aimed at limiting the cruise industry’s footprint.

The latest news heralds a new chapter for the Preservation Society’s role as a champion for sustainable tourism. Board chair Betsy Cahill offered the following observation:

The Preservation Society has long advocated for measures that will not only protect Charleston’s historic character but will also safeguard residential quality of life. In fact, the PSC’s strong and vocal advocacy around the cruise ship problem is what sparked my involvement with this organization 12 years ago, when cruise tourism first became a flash point in the city.

This week’s news is a step in the right direction, but it will take added vigilance to ensure that future decisions around tourism management benefit those who live and work here as our top priority. Collaboration with our partners in the private and public sectors is critical for keeping the focus on the residents of Charleston who are most invested in its future.

Looking forward, a more limited port of call operation for cruise ships sets the stage for a redevelopment at Union Pier more consistent with Charleston’s character. As the Master Plan process takes shape, read about our five priorities that are our benchmarks for success. Working with our partners, we remain committed to pressing for a well-managed tourism industry for a livable city.