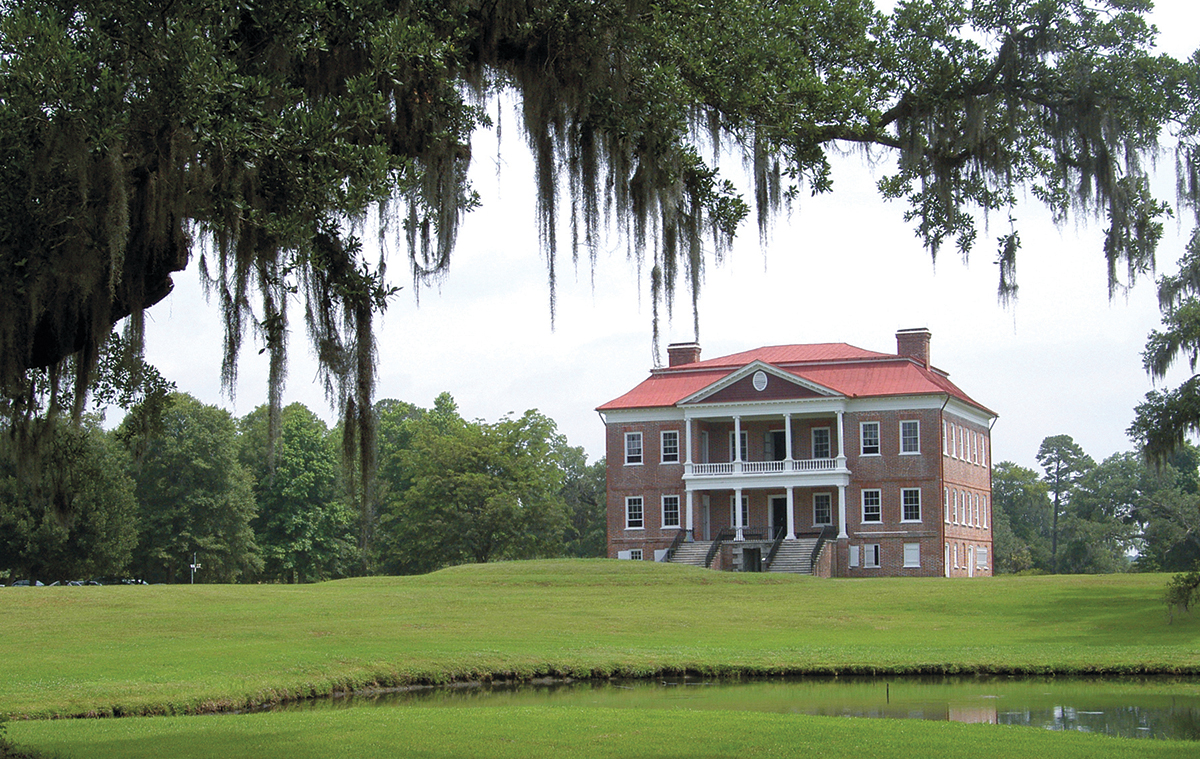 Drayton Hall, located on the Ashley River, was built in the 18th century and has been owned by seven generations of the Drayton family before becoming a historic site. (Photo/Meet Charleston)

That’s according to Donovan Rypkema, principal of PlaceEconomics, a Washington, D.C., real estate and economic development consulting firm and professor at University of Pennsylvania.

Rypkema was the guest speaker at the Preservation Society of Charleston’s winter meeting, which drew a crowd of more than 100 members in February to the American Theater downtown.

Charleston is recognized as creating the first local historic district in the nation in 1931. While society members already champion historic districts, Rypkema offered laser-focused insights into the economic benefits of the districts, based on studies in American cities of all sizes, including Savannah; Nashville, Tenn.; and Raleigh, along with larger metropolitan areas like Los Angeles, Miami and San Antonio.

Rypkema said that more jobs are created — both direct and indirect — when buildings are rehabbed versus built from the ground up.

“In America, as a general rule of thumb, new construction (costs) will be half labor and half materials. But rehabilitation (costs) will be 60 to 70% labor with the balance being in materials, and that has a huge impact on a local economy,” he said. “In the U.S., when there are 100 jobs in new construction, 135 jobs are created elsewhere in the economy. But when those 100 jobs are created doing rehabilitation of your great buildings in Charleston, that means 186 jobs are created elsewhere in the local economy.”

A major economic driver for historic districts is that new and startup businesses want to relocate in these districts, Rypkema said, capturing a discerning millennial business market — a population which now outpaces any other generation.

Trends in other cities studied have shown that startup businesses gravitate towards locating in historic districts at a higher percentage than the city as a whole — in some instances, a 2-to-1 ratio.

“In Nashville, a vibrant city with all the kinds of development pressures that you’re seeing in Charleston, 40% of job growth is in the historic districts compared to 9% in the rest of the city,” Rypkema said.

“Even in weak markets, there’s a sufficient, latent demand for properties in those neighborhoods where (homeowners) can get property sold,” Rypkema said.

Looking at the Savannah housing market’s ups and downs over the past 15 years, “The historic districts did better than the rest of the city even in the down markets. The decline (in these areas) started later, it was more shallow, and it recovered sooner. So, it doesn’t matter which (real estate) market you’re in. You’re doing better with your house in that historic district,” Rypkema said.

Using an example in Providence, R.I., “We took an existing 50,000-square-foot building (in a historic area) to make it a warehouse versus build a new one on the outskirts of town and asked, ‘How does that make a difference in terms of environmental consequences?’” Rypkema said. “In terms of greenfield land preserved, it was four-and-a-half acres. (Rehabbing) lowered runoff per dwelling unit by 2,000 tons.

The infrastructure investment saved was $400,000 to $600,000. You’re building, saving and reusing. What we have is both the most responsible (option) on the environmental side and the fiscal side.”

He noted that despite reputation, many preservation committees approve most requests for changes and updates to buildings in historic districts.

“Looking at nine years of preservation commission rulings in Indianapolis, 1% of them were turned down,” Rypkema said. “In New York, 3% of the projects are ever turned down.”

Brian Turner, director of advocacy with the preservation society, praised Rypkema’s work with PlaceEconomics to advance the economic impact of robust historic districts.

“For decades, (Rypkema) has worked with communities to make the case for why preservation makes economic sense,” Turner said. “He leads the charge in convincing even the most deeply skeptical that our cultural heritage is worth protecting, not only because it is beautiful and unique and inspiring, but because that uniqueness adds value to our community.”