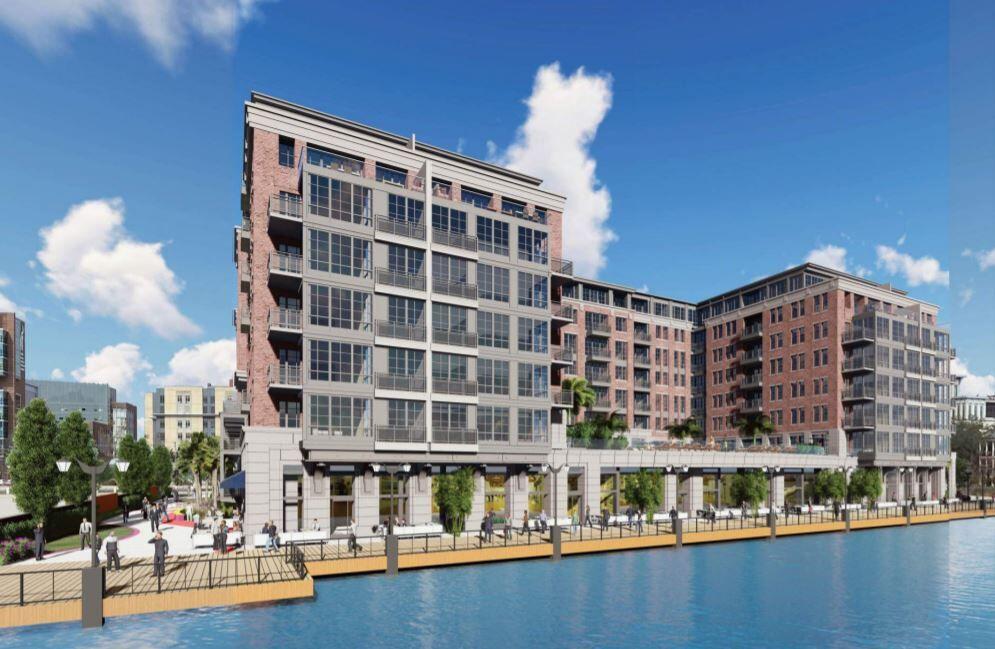 An Augusta, Ga., developer wants to build an eight-story apartment building at 295 Calhoun St. across from the medical district, but Charleston’s Board of Architectural Review recently denied initial approval for a second time, leading the developer to appeal the decision and file for pre-litigation mediation. DCS Design/Rendering/Provided

The developer of a contested eight-story apartment building near the medical district on the Charleston peninsula is appealing the recent denial of initial approval by the city’s Board of Architectural Review.

An attorney for the builder led by Poplar Grove developer Vic Mills said the legal move is a way to try to broker a resolution on the building proposed for 295 Calhoun St.

“The developers just want to get started on the improvements, and the request for pre-litigation mediation provides a forum where the developer and the decision makers for the city can get in one room and figure out next steps for the exterior of the building,” said Alice Paylor of Rosen Hagood, who represents Mills.

Mills did not respond to a request for further comment.

At issue is a proposed 318-unit apartment building that will include 429 internal parking spaces and 16,300 square feet of ground-level retail space on the front and back of the structure.

Southeastern bought the 2.2-acre site next to Alberta Sottile Long Lake for $12 million from the Medical University of South Carolina in June 2020, according to public land records.

The property sits along Halsey Street on the east, and plans include a linear park on the western side. A pool is set on the second floor overlooking the water, and another pool is planned for the seventh floor.

In April, the BAR staff agreed that an eighth floor made sense for the project, but it made several recommendations for modifications to the proposed building after the board denied the concept the first time last spring.

The developer incorporated many of the suggestions, but not all, according to the staff’s report in August.

“When viewed from most angles, the proposed building appears to have a square footprint with long facades extending in two directions,” the BAR staff said. “This gives the building a blocky perception and no semblance of narrow frontages. It is believed that much of the public outcry over this building’s (height, scale and mass) is derived from this.”

The staff found the design of the sides facing Calhoun and the lake to be more pleasing, but recommended breaks in the architecture, such as recessed areas on each end to soften the appearance.

The staff also recommended a vote be deferred until the suggestions were addressed, but the BAR voted 5-0 in August to deny the request for conceptual approval for a second time. The board also asked the developer to reconsider the height, scale and mass as well as its general architectural look.

The Preservation Society of Charleston has objected to the project, saying the latest design proposal showed “no meaningful change” and is lashing out at what it called an attempt to lock out public input.

“The Preservation Society is unsettled by the applicant’s current effort to subvert the public review process by seeking a closed-door settlement,” the group said in a posting on its website. “We will be pressing the city to defend its BAR as this case progresses.”

The society said the property owner has a right to develop the site, but it wants to make sure the design is not a jarring departure from the city’s historic district fabric, said Erin Minnigan, director of historic preservation.

“We felt the building was overly massive for the site,” she said. “It was inappropriate in its context next to Harleston Village. It didn’t fit into Charleston’s historic architecture.”

The next step will be mediation to see if an agreement can be made on the building’s design.

If a decision is reached, the building’s final design will go to Charleston City Council for consideration.

“We will be urging our supporters to make sure their elected officials know that they value the BAR’s judgment that projects of this magnitude must be carefully scrutinized and scaled appropriately,” the Preservation Society said.