Editorial: Charleston didn’t create the problem at 88 Smith; it can help solve it 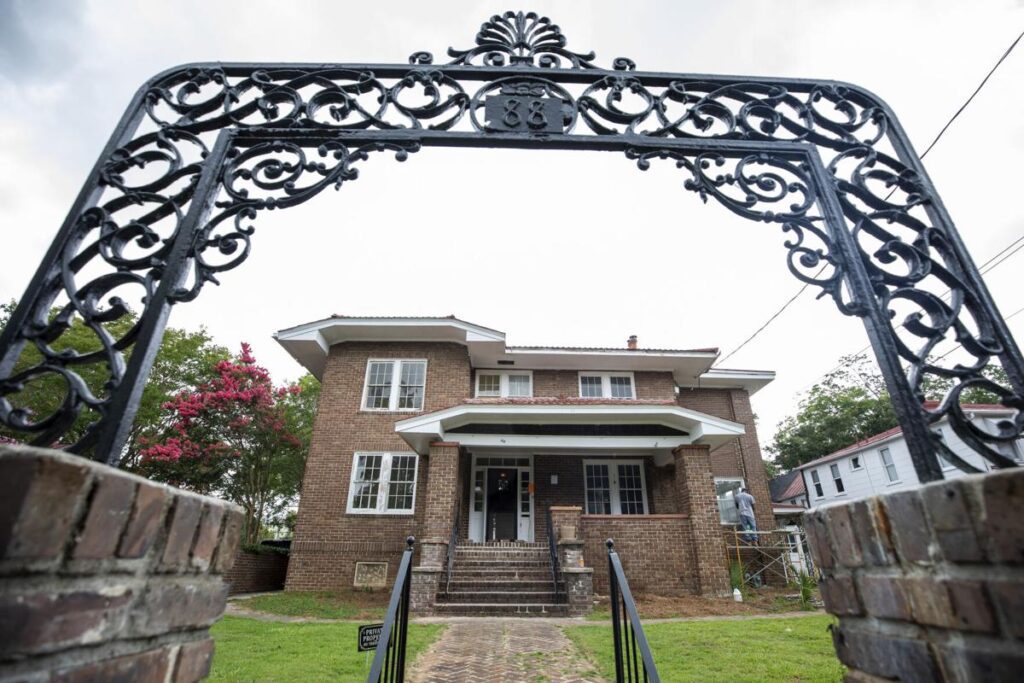 The city of Charleston temporarily halted work on the exterior of 88 Smith St. because at least two abandoned graveyards were located on the property. Lauren Petracca/Staff
By Lauren Petracca lpetracca@postandcourier.com

We’ve seen two regrettable incidents recently that show the growing tension between respecting the dead from the distant past and putting our increasingly valuable real estate to some new use. Both occurred in the city of Charleston, which we hope will soon take meaningful action to protect our old cemeteries and find the right balance between property rights and honoring the dead.

The most recent incident involved the owner of the early 20th century house at 88 Smith St. in downtown Charleston, which was built on land with at least two abandoned graveyards. The city halted work on a foundation repair, including 16 new helical piles, but later let the some work on the house resume.

In May, the state ordered the developer of the Oak Bluff subdivision in Cainhoy to stop work and arrange for a new archaeological survey for a more definitive mapping of an African American burial ground. Photos showed rectangular depressions that indicated potential gravesites, and community members voiced concern.

Neither incident reflects callous property owners as much as the inadequacy of our laws that protect burial grounds. Brian Turner, the Preservation Society of Charleston’s advocacy director, researched both incidents and noted that city attorneys say they rely on state law, but the state Department of Health and Environmental Control only gets engaged if the work needs a state permit. Even then, there’s often no site visit — only an instruction to notify the agency if any remains are found during the work. “The general message is that this is a very unregulated environment,” he said. “It’s not enough to protect the sites, but it’s also not enough to give predictability in the land development process. Even people who are more conservative on the property development side of this would like that.”

Those familiar with a particular city or county are often said to know where the bodies are buried. Those familiar with the Charleston region know they’re buried almost everywhere. The city of Charleston discovered unmarked and unknown graves both in its recent remodeling of the Gaillard Auditorium and during initial work at a possible James Island fire station site.

While the word “cemetery” conjures up images of the burial grounds next to downtown churches or the monumental markers in the city’s Cunnington Street cemetery district, the reality is that thousands upon thousands were interred in more modest grave sites that have effectively been erased over time. This is particularly true for the resting place of African Americans and lower-income residents, who were less likely to have stone markers or paid upkeep. Fortunately, Charleston has a head start on identifying these burial grounds, thanks to a through mapping of more than 100 of them about a decade ago by the nonprofit Chicora Foundation.

This is not just a Charleston or a South Carolina issue. After an obscured mass grave was discovered in Tampa, the state of Florida recently created a task force to identify unmarked and abandoned African American burial grounds across the state; some project there are about 3,000 of them. And the U.S. Senate has passed a bipartisan bill to provide some federal assistance to ensure African American burial sites are preserved and maintained. We would urge House members to pass it, too.

But the city should not wait on that, so we urge City Council to act quickly to establish requirements for identifying and protecting cemeteries. The city also should reach out to descendants of those in lost or hidden cemeteries to ensure their voices are heard as details are worked out.

“With the development pressure we have in this region, this is going to happen with more frequency,” Preservation Society director Kristopher King said. “We’re somewhat desensitized to it, but the reality is we have a lot of ground to make up. We have a lot of work to do.”

And that work should begin — and we hope end — before another government official has to order any construction work to stop.