Editorial: More than ever, Charleston needs a grip on when additional height is merited 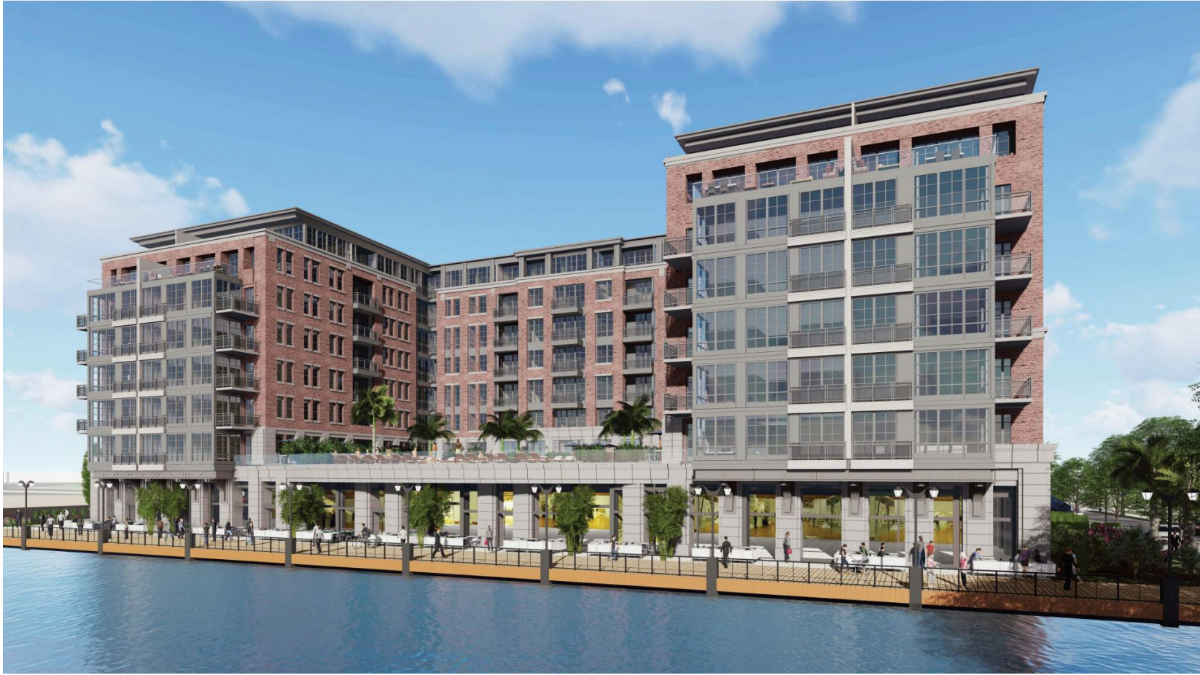 This design proposed for a new building at 295 Calhoun St. has sought an extra floor of height for architectural merit but has been rejected by the Board of Architectural Review.

One of Charleston’s recent architectural success stories has been how scores of historic homes have been raised from their original foundations to protect them from future flooding while also ensuring that their newly elevated appearance doesn’t erode the character of either the house or its streetscape.

This success largely stemmed from a deliberate collaboration between city planners, architects, preservation groups and others who huddled for more than a year to write new guidelines for doing such necessary work in the city’s historic district, where the Board of Architectural Review must sign off on raising homes. The result has been a win-win for owners of flood-prone homes and for neighbors who understandably don’t want to see any jarring change on their block.

It’s time for the city to try a similar, collaborative approach to height, specifically to clarify when a large new building is deserving of an additional floor for architectural merit.

Much of the ennui about new construction here is not based so much on building details (though certainly some of it is) but on sheer size: What’s being built today is often so much larger than what’s traditionally been built. When the city rewrote its BAR rules five years ago, it largely defined building heights in terms of the number of floors rather than the actual height in feet, and that was a good thing. About 80% of downtown properties saw their height maximum lowered, but including the option of seeking an extra floor for architectural merit was seen as a sort of compromise step that hopefully also would lead to better buildings. In practice, it hasn’t worked out that way.

Several projects have sought additional height for architectural merit; many, if not most, correctly have been turned down. With the ongoing pace of Charleston’s redevelopment, this issue can’t be expected to simply fade away. The opposite is true.

We applaud the general concept: Allowing some height flexibility for projects that go beyond the standard boxy look can enliven the city’s streets and skyline — and also rebut the common argument that too many of our large new buildings look as if they could have been built in Any City, U.S.A.

The city’s ordinance defines architectural merit as “a project that reflects exemplary architectural and urban design, utilizes the highest level of materials and finishes and contributes to the public realm, as outlined in the Board of Architectural Review principles.”

But recent experience has shown that broad definition seems too vague to be workable, and developers have all the financial incentives to try: It would give their project an extra floor with the most valuable views. Perhaps the BAR should consider architectural merit only for features that liven up a building’s top rather than steps that would result in simply a taller box. A collaborative discussion between BAR members, city staff, and Charleston’s architecture and preservation community could provide important and much-needed guidelines and clarity.

Erin Minnigan, director of historic preservation with the Preservation Society of Charleston, has been on the front lines of trying to answer these questions. “There needs to be an open public conversation about how can we better define and give clear expectations to architects and developers on what we want to see for projects that are worthy of achieving additional height,” she said. Winslow Hastie of Historic Charleston Foundation is even more blunt: “We need to be much more explicit about what it is we want.”

Developers also have something to gain from better guidelines. For instance, the BAR has twice turned down a large new building planned at 295 Calhoun St., where additional height for architectural merit was being sought. The second rejection stemmed from a feeling that the original rejected design had not changed much at all.

The 295 Calhoun project also illustrates the complexity of considering context when weighing whether additional height is deserved. Aside from its architecture, the site is on the edge of where the city’s Medical District abuts the historic neighborhood of Harleston Village. Its proposed 7 stories would not be as big a deal were it in the middle of the Medical District; it is a big deal since it’s so close to the 2- and 3-story homes in Harleston Village. The public discussion needs to include sensitivity to stepping down height where building sites approach historically smaller-scale districts.

The current test for architectural merit does have two prongs: quality and context. But again, a wider discussion is needed to clarify how the BAR will interpret them. While the BAR deserves credit for often denying or deferring requests for additional height for “architectural merit,” its conga line of rejections is not doing anyone any good as far as giving us better, more beautiful buildings.

If the city can figure out how to reverse its long-standing policy of rejecting plans to elevate historic homes, it certainly should also be able to find a way to provide more guidelines when it comes to determining when quality rises to a special point where more height is a good thing.