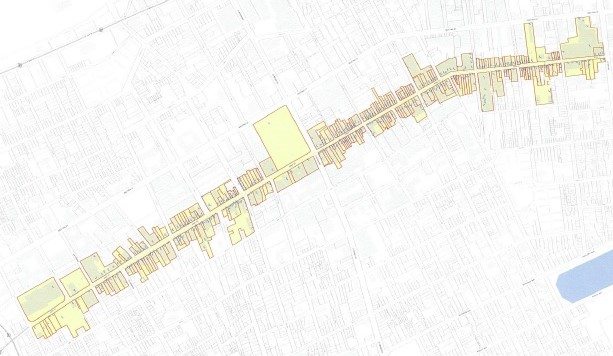 Last night, City Council endorsed the efforts of a grassroots coalition of property owners along King Street to create a business improvement district, or “BID.” If ultimately approved by property owners, the BID would add a new funding stream for improvements between Broad and Line Streets.

Under the plan, the non-profit Charleston Downtown Alliance, Inc. (CDA) would be contracted by the City to spend funds generated by a special assessment on King Street property owners. Anticipated revenue of $1 million each year for 10 years would fund cultural programming, beautification efforts such as holiday lighting and flower displays, and additional street cleaning. The price, $0.0113 per dollar of a parcel’s assessed value, is intended to pay for itself in the value it adds to businesses.

The CDA board represents different types of owners on King Street, including the Preservation Society, with the aim of keeping King Street vibrant and economically prosperous. Established in April 2021, the CDA sees King Street as more than a collection of buildings, but a cohesive cultural landscape. It helps to foster collaboration between owners and to increase opportunities for entrepreneurism, which can translate into new, exciting preservation efforts like the redevelopment of Morris Sokol Department Store (510 King) and the former Masonic Temple Building (71 Wentworth).

Now that City Council has passed this Resolution, the next step will be a public hearing at the December 7 City Council meeting. The PSC strongly supports the CDA and will be encouraging our neighbors on King Street to do the same as partners in our broader efforts to sustain what makes King Street such a unique cultural district.