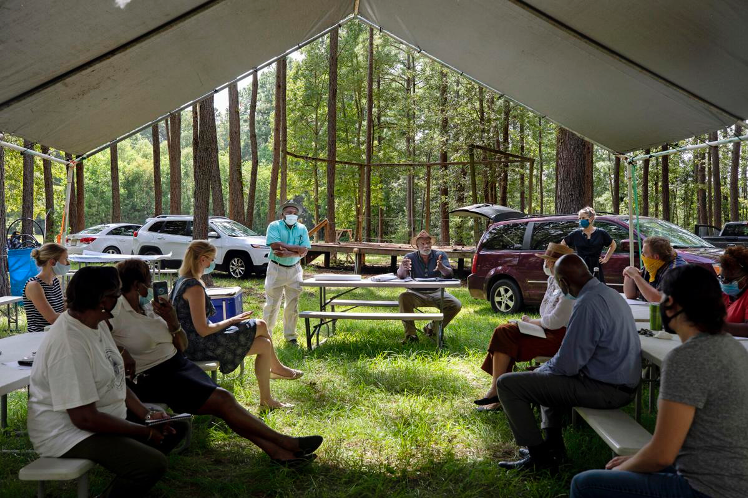 On Thursday September 3, the PSC attended a community meeting on the impacts of the Alternative 1 proposal to widen Highway 41 through the Phillips Community, led by Phillips Community Association president and vice president Richard Habersham and Jonathan Ford. Photo courtesy of the Post and Courier.

Tomorrow, Friday, September 11, is the last day to submit comments on Charleston County’s proposal to widen Highway 41 to five lanes through the historic Phillips community in Mount Pleasant. Phillips is a rare example of an intact settlement community founded by formerly enslaved African Americans following the Civil War. Made up of nearly 200 families, many Phillips residents are descendants of the community’s founders.

At this week’s Charleston County Council meeting, the PSC stood alongside residents of the Phillips Community and our local advocacy partners in voicing opposition to the detrimental impacts of the “Alternative 1” plan in favor of “Alternative 7A,” which would relieve congestion and improve safety without adversely affecting this important, historic community. On the contrary, Alternative 1 would destroy the physical landscape of the Phillips settlement, and reduce the quality of life and sense of community for residents. The proposal is expected to come before County Council for a formal vote in October and we will keep you informed on how to make your voice heard at the meeting.

As the County considers public input on the proposed Highway 41 Corridor improvements, please stand with the PSC in support of the Phillips community and oppose Alternative 1.