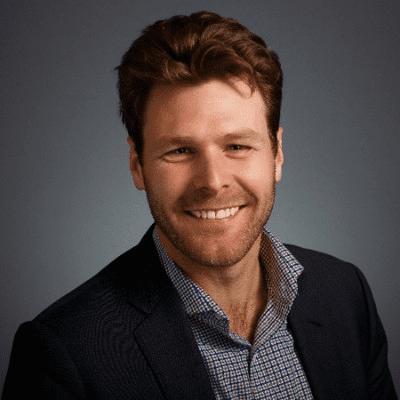 Charleston, SC:  The Preservation Society of Charleston (PSC), the nation’s oldest grassroots preservation organization, today named Brian R. Turner as its new President & CEO.  Mr. Turner, who has served as the PSC’s Director of Advocacy since January 2021, will assume his new duties on May 2.

John Massalon, Chair of the Search Committee, said, “Last fall, we set out to recruit the best-qualified candidate for this important position, and we have done just that. We had some very strong applicants from across the country, and Brian impressed the Search Committee with his understanding of the issues, his thoughtful and mature perspective on the work of preservation, and his eagerness to build strategic partnerships.  We believe he is the ideal leader for the Preservation Society at this point in its history.”

Mr. Turner, who holds a J.D. from Vermont Law School and a B.A. from Grinnell College, began his preservation career as an intern at the National Trust for Historic Preservation.  In 2008, he joined the Trust’s field office in San Francisco, ultimately serving for eight years as Senior Field Officer and Attorney.  In this position he directed multi-year campaigns to save historic places, managed teams with expertise in preservation planning, finance, law and policy, and negotiated positive outcomes for threatened historic sites.  Paul Edmondson, President of the National Trust, with whom Mr. Turner worked earlier in his career, congratulated PSC on the appointment: “During his long tenure at the National Trust, Brian Turner was a valued colleague and effective advocate for the nation’s diverse historic places. I am delighted to see Brian taking the helm of such a storied preservation organization in such an important city, where he will continue to serve as an advocate for the places that mean so much to us all.”

In January 2021, Mr. Turner became Director of Advocacy for the Preservation Society of Charleston, drawn to make the move from the West Coast by the PSC’s inspiring mission and critically important work.  In this position, he leads advocacy and community outreach efforts for the PSC.  Every day, he works in close collaboration with the PSC’s dedicated and multi-talented staff to protect Charleston’s distinct character, quality of life, and diverse neighborhoods by shaping land use policies, building strategic partnerships, and using litigation selectively to challenge or support consequential land use decisions.  He also oversees a range of other advocacy initiatives and programs, including documentation of African-American burial grounds and the development of the proposed Army Corps of Engineers sea wall.

Mr. Turner commented, “I have dedicated my career to advocating for the preservation of the nation’s rich heritage. What an honor it is to be chosen to lead the organization that sparked the grassroots preservation movement in America. Together with our talented board, staff and committed membership, we are prepared to stand up for Charleston with integrity and a commitment to collaboration.”

Reflecting with enthusiasm on Mr. Turner’s appointment, Betsy Cahill, Chairman of the Board of Directors, said, “I knew Brian was special when he began at the PSC nearly a year-and-a-half ago.  He understands how the work of preservation is evolving, he is a natural collaborator, and he has brought to Charleston his experiences with preservation in other parts of the country.  We can’t wait to move the PSC forward under his leadership!”