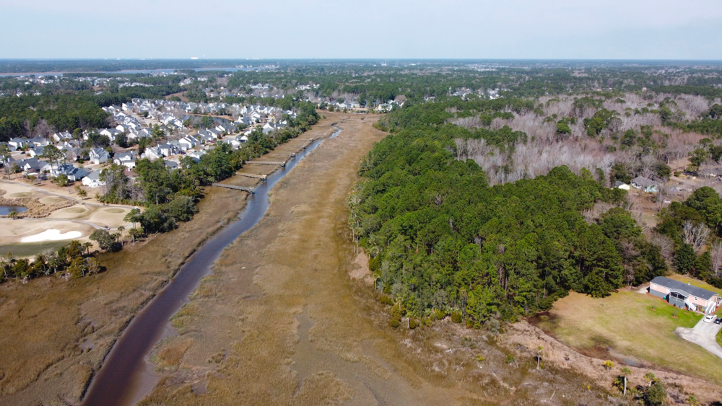 The Phillips Community has had a string of preservation victories that we are excited to share with you! From progress on the National Register nomination, to designation as Charleston County’s first historic district, to minimized impacts from the Highway 41 project, there is much to celebrate for Phillips’ future.

Significant as one of few, intact African American settlement communities east of the Cooper River, residents and advocates mobilized last year to defend Phillips’ intact historic landscape from encroaching suburban development and highway expansions. Notably, the Preservation Society was awarded a grant by the National Trust for Historic Preservation to pursue a National Register Historic District nomination for the community, which we are undertaking in partnership with Phillips residents, Coastal Conservation League, and Historic Charleston Foundation.

The nomination serves not only to elevate the story of Phillips to the national level, but has proven an effective tool in promoting the preservation of Phillips at the local level. The County responded to increased awareness of the community’s significance by electing to pursue a new alternative for Highway 41 that reduces impacts to cultural resources, while still achieving project goals of relieving traffic congestion.

Capitalizing on this momentum, residents also successfully listed the Phillips Community as Charleston County’s first historic district at the August 24 County Council meeting. The listing will afford greater protection from local development pressure by ensuring any future proposals are consistent with the historic settlement patterns. It also serves as a critical template for other historic settlement communities in Charleston County deserving of recognition and protection.