On an unassuming property at the peninsula’s northern edge, the land holds more than it appears. The Heriot Street Cemetery has scant remaining evidence of the lives interred there. The majority of its headstones are overgrown. But ongoing research reveals that this forgotten burial ground is the final resting place of over 1300 Charlestonians of African descent. Among them, the famed chef Nat Fuller, buried at the site in 1866. Fuller was a well-respected African American chef, caterer and restaurant owner. 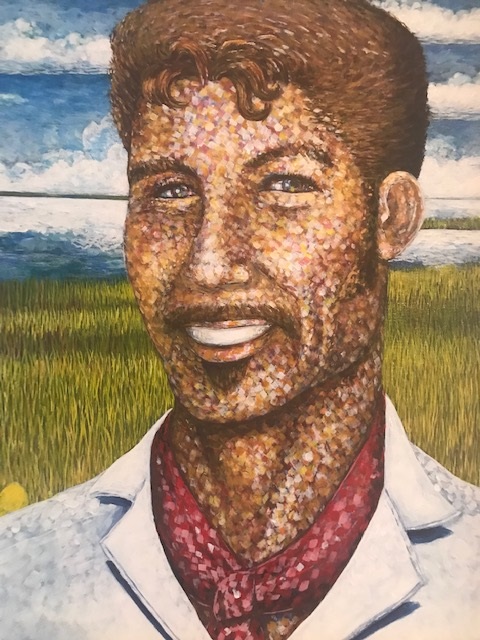 Nat Fuller likeness by Jonathan Greene. For more on Fuller’s life and legacy see the Lowcountry Digital Library’s storymap of his culinary landscape in Charleston.

The African American Cemetery Restoration Project has now identified Heriot Street as a central place of focus. The Preservation Society of Charleston, fiscal sponsor of the effort, is working in collaboration with this group and other stakeholders to identify the most respectful and appropriate scope of work to provide dignity to those buried there.

As a first step in the planning effort, we are working to learn more about the names and stories of those buried in hopes of identifying and notifying descendants. Local historian Grant Mishoe has recently completed a full inventory of death records at the site. Mishoe’s research is an important start in piecing together the many histories represented at the site.

Heriot Street is not the only cemetery of its type. Most would be surprised to learn the extent of African American burial grounds in the Lowcountry. Even if they appear to be vacant lots, they are undoubtedly sacred places. The lot on Heriot Street is striking because of its increasingly urbanized setting near Upper King Street surrounded by storage facilities and warehouses.

In the coming months the Preservation Society of Charleston, in collaboration with community stakeholders, hopes to move forward to better map the site and inventory its condition. It is our hope that this work can set a template for others to similarly document vulnerable sites to shape more respectful land use policies and practice in the Lowcountry and beyond. We look forward to sharing further updates as this work progresses and are grateful for those supporting this effort.