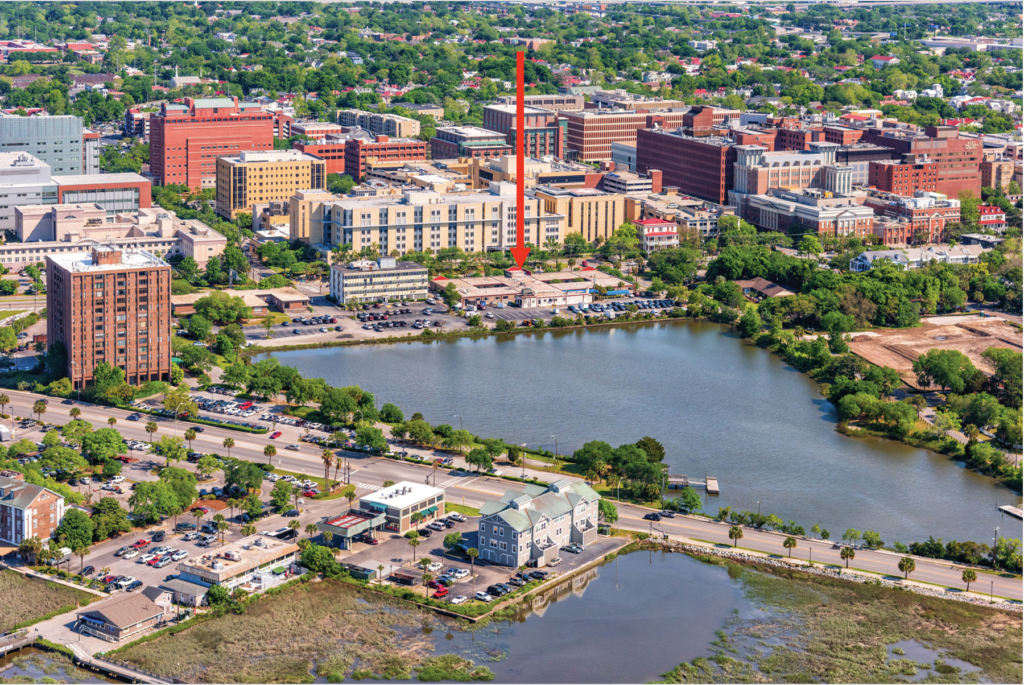 In fall 2021, a Georgia-based owner appealed the Board of Architectural Review’s denial of a design for an 8-story, mixed-use, residential building at 295 Calhoun Street. The applicant’s request for conceptual approval was twice denied based on inappropriate height, scale, mass, and architectural direction. Having strongly supported the BAR’s denial, the Preservation Society was unsettled by the applicant’s effort to subvert the public review process by seeking a closed-door settlement. 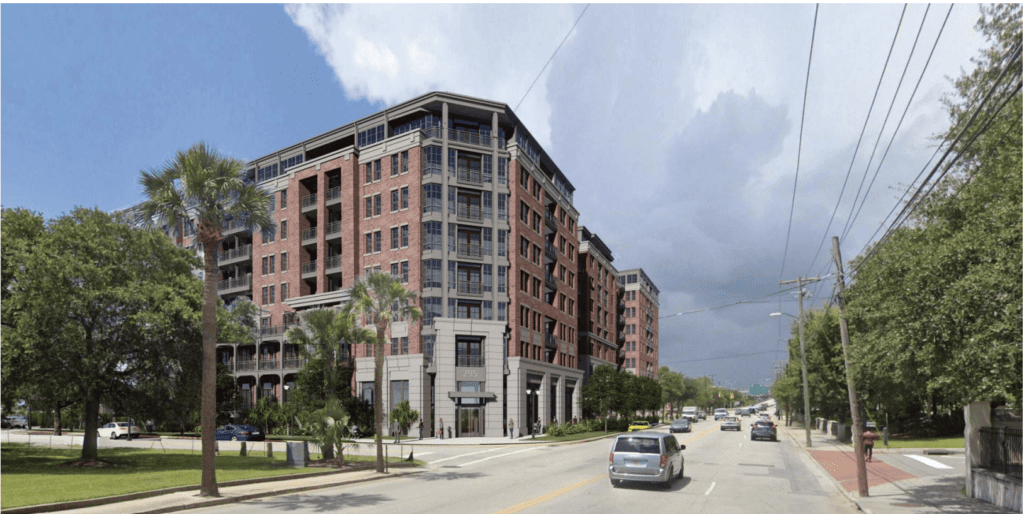 Conceptual design for 295 Calhoun Street, denied by the BAR-L in August 2021

While the PSC may not always agree with BAR decisions, its authority is fundamental to why Charleston continues to be one of the best-preserved and unique historic cities in the country. As Charleston becomes an increasingly desirable place to live and invest in, the BAR has come under tremendous pressure as development explodes across the peninsula. The PSC stands firmly behind the authority of the BAR and will be pressing the City to defend the Board’s ability to turn down inappropriate proposals, especially as the 295 Calhoun case progresses.

Charleston Board of Architectural Review

Conceptual design for 295 Calhoun Street, denied by the BAR in August 2021  The Georgia-based owner of 295 Calhoun has appealed the Board of Architectural Review’s denial of its design […]

The 8-story, mixed-use building proposed for 295 Calhoun Street, across from Roper Hospital, is back for BAR-L review this Wednesday. As you may recall, this project was denied in April after an […]

Last night, the Board of Architectural Review-Large unanimously DENIED the proposed 8-story, mixed-use, residential building at 295 Calhoun Street. An incredible outpouring of community opposition reinforced the PSC’s objections to the building’s overwhelming height and mass, and total lack of […]

Major Projects at BAR-Large This Week

Several major projects are on the docket for the Board of Architectural Review – Large (BAR-L) meeting this Wednesday, April 14 at 4:30 PM and we encourage you to get up to […]