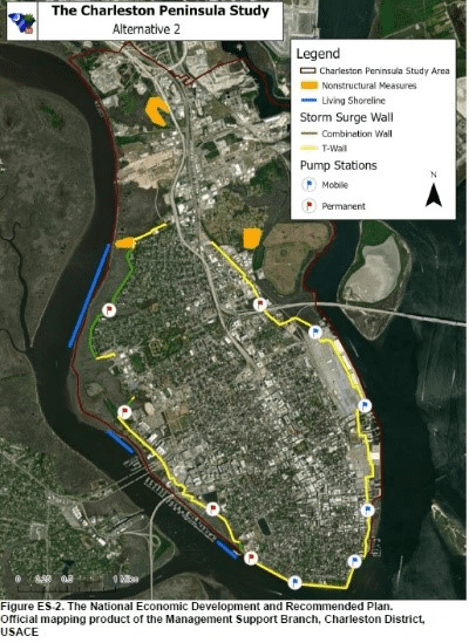 A January 21, 2022 rendering of the seawall alignment, courtesy of the US Army Corps of Engineers.

The City is currently weighing the largest infrastructure proposal in Charleston’s history. A plan from the Army Corps of Engineers has been put forth for a barrier system up to 12 feet high that would run for 8.7 miles around the Charleston peninsula to protect life and property from future storm surge. The anticipated $1.1 billion price tag for construction is a baseline number, and does not include any enhancements for aesthetic improvement. It would be funded 65% by the federal government and 35% by the City.

We share the concerns expressed by many in the community, including many of our members, about the seawall’s impacts – visual, physical, environmental – on our city and its unique architectural character. In all of the comments we have provided to the Corps, we have probed the effectiveness and functionality of the proposed system. 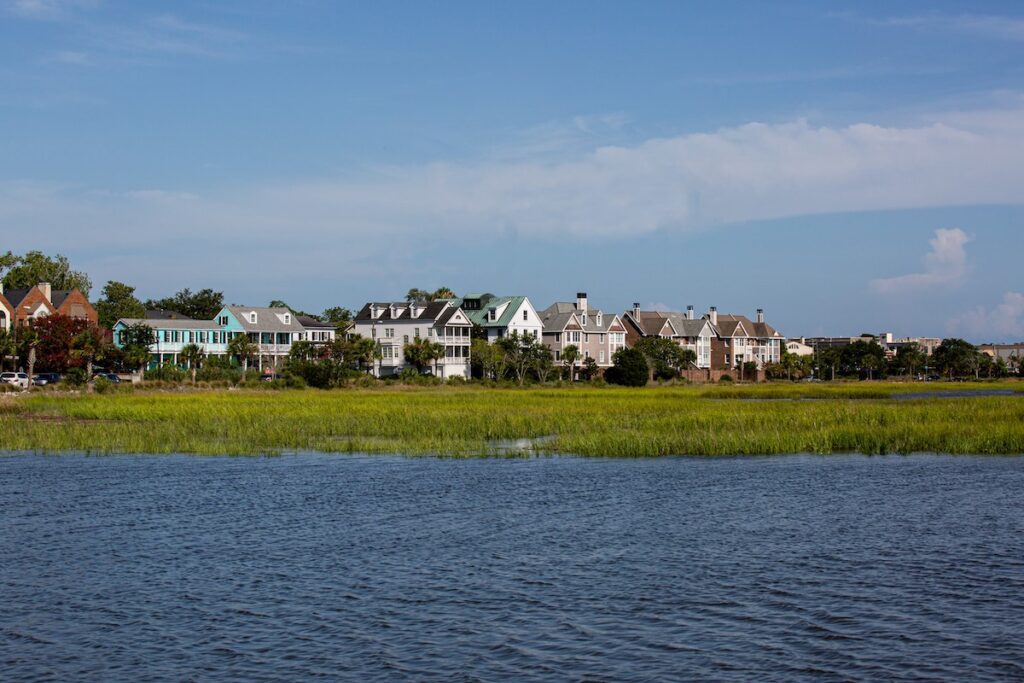 As sea levels rise, we must seriously consider how to combat compound flooding issues with innovative solutions. We are mindful that nature is rarely deterred by concrete. So, as flooding continues to threaten the livability of Charleston, we are committed to working with leaders in the public and private sectors on solutions that best safeguard us from future climate conditions.

Peninsula aerial at Battery seawalls, courtesy of Post & Courier The Army Corps of Engineers has released an updated report on plans to build a 12’ high storm surge barrier around the […]