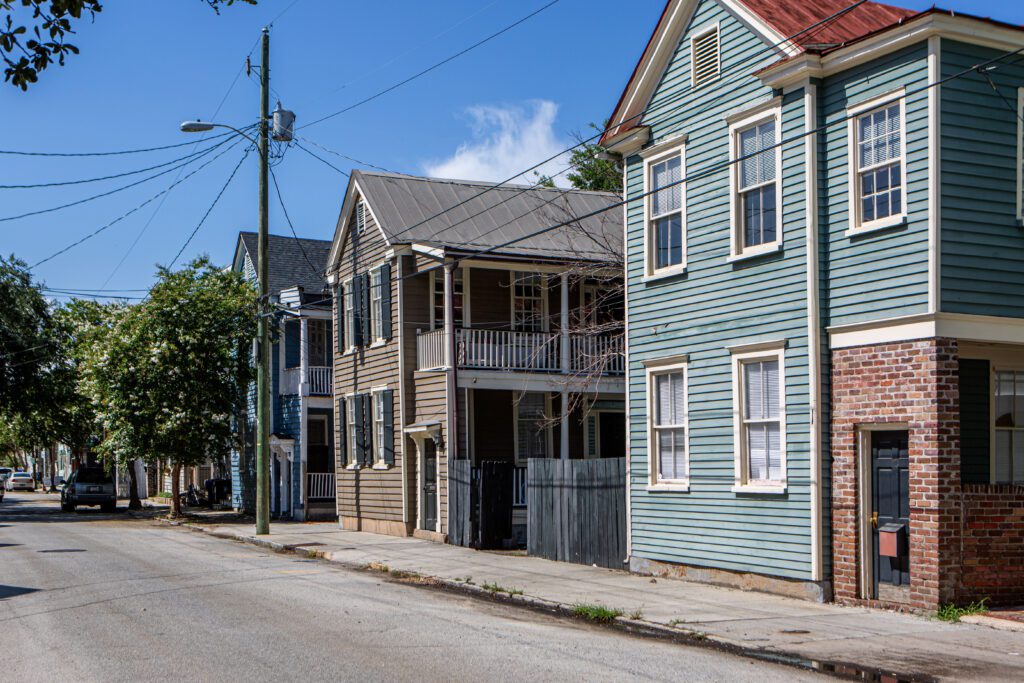 The availability and affordability of long-term housing in Charleston are major factors affecting its livability. To this end, mounting pressure for hotel and short-term rental accommodations has demanded a highly restrictive set of zoning controls and strict enforcement. The Preservation Society played a major role in passing the current regulations.

The City’s Board of Zoning Appeals can only consider applications for hotel uses within specifically-zoned areas. While this “overlay zone” provides some predictability, requests to expand these boundaries to accommodate new hotels occur frequently and reflect the intense market pressure for greater tourism infrastructure.

Applicants for new hotels must provide the Zoning Board with written assurances that demonstrate its commitment to maintaining adequate housing stock, a diversity of businesses, and a safe flow of traffic. The overall size of the operation is also determined by location, with the largest hotels (up to 250 rooms) allowed in the “Full-Service Corridor” between the Upper King and Meeting Street corridors. For more detail see the City’s most recently revised ordinance here. For details on the overlay, zone see the City’s GIS page here

In Charleston, short-term rentals (STRs) are categorized as either “residential” or “commercial.” The purpose is to differentiate homeowners seeking supplementary income by renting out rooms in their primary residence from investors in the business of purchasing real estate for the sole purposes of operating an STR. The most recent rules date to 2018 when the City elected to significantly curtail the proliferation of these uses, defined as rentals of less than 30 days.

In the residential model, the record homeowner and resident can rent a room housing less than four adults on their property for the limited-term, defined as an “accessory use.” They must obtain a license from the Zoning Administrator and commit to a number of requirements such as also staying overnight on the property for the duration of the guest’s stay.

Each successful applicant must be renewed annually. Violations are treated as a misdemeanor with each day of non-compliance being a separate offense. This provision makes Charleston one of the few jurisdictions to impose a criminal penalty on abuse of the STR ordinance.

The City maintains three key “categories” for residential STRs which function as sub-overlays. Notably, where market pressure for STR accommodations is most significant in the Old and Historic District, the City exercises the most substantial limitations on residential rentals including the requirement that the building is individually listed on the National Register of Historic Places. For buildings outside of the Historic District, but on the peninsula, buildings must be at least 50 years old.

The basis for regulating Commercial STRs is described in Charleston’s Zoning Code as the City’s high value on “the preservation of the character of its residential neighborhoods.” The City has thus elected to designate the boundaries of just one specific district for its Commercial STR overlay zone. Commercially-zoned properties along Spring and Cannon streets in the Cannonborough-Elliotborough neighborhood can be conditionally approved for commercial STR use. In other words, it is the only part of the city where the entirety of a property is permitted to be rented for an STR. And even where rentals do exist, they are limited to four guests who stay no more than 29 days.

Permits must be obtained for Commercial STRs in the overlay and renewed annually. The application must show several notable components to protect housing and diverse uses.

The City’s Department of Livability and Tourism is responsible for enforcing the highly restrictive provisions. This Department has the authority to prosecute violators in a specially-created Livability Court. Many STR owners may not realize the City contracts with a software company that checks listings and can assist them in making a clear-cut case to the court that the business operation had been occurring without a permit.