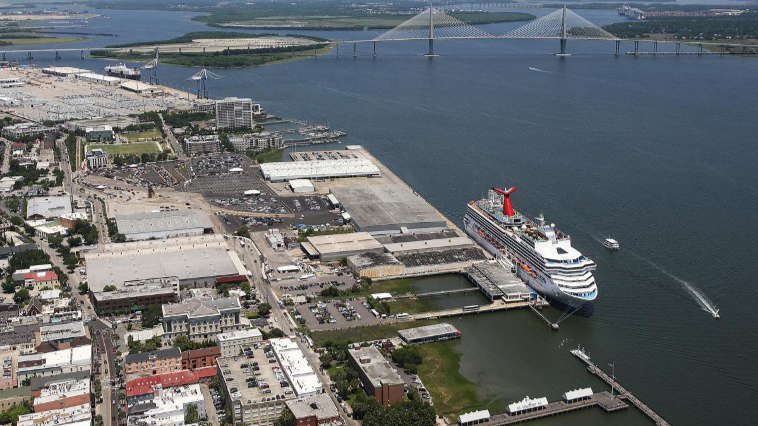 On Tuesday City Council will vote on the City Plan, Charleston’s 10-year Comprehensive Plan update. By and large City Staff has been highly responsive to PSC input on the draft. But there is a clear, glaring exception: the continued characterization of Union Pier Terminal as “industrial” space. The City has thus far not put forward a vision for what will be the single most significant development in Charleston’s modern history.We strongly urge the City not to miss such a critical opportunity to define its values for this redevelopment. As a crucial link between downtown and the Cooper River, a successful project could have a transformative effect on existential issues facing Charleston. The City Plan presents an opportunity to define benchmarks that showcases the City’s values including, most critically, ambition for a plan that serves as a model of resilience and urban design.

Alternatively, if the City chooses not to lead with its vision, the private market ultimately will. The result could be a haphazardly planned redevelopment, representing an opportunity wasted to champion high-quality, resilient, and equitable growth on the peninsula.

The Preservation Society presents the following five priorities as benchmarks for success in the Union Pier redevelopment, which align with principles articulated throughout the draft City Plan:

We hope these points can serve as a starting place for the City’s position and look forward to working collaboratively on the effort. With a strong leadership position on the future of Union Pier, we can collectively achieve a major new, and livable space for future generations of Charlestonians to be proud of. Tuesday’s public hearing marks an important opportunity to weigh in on the City Plan. Review the draft Plan here and make your voice heard.