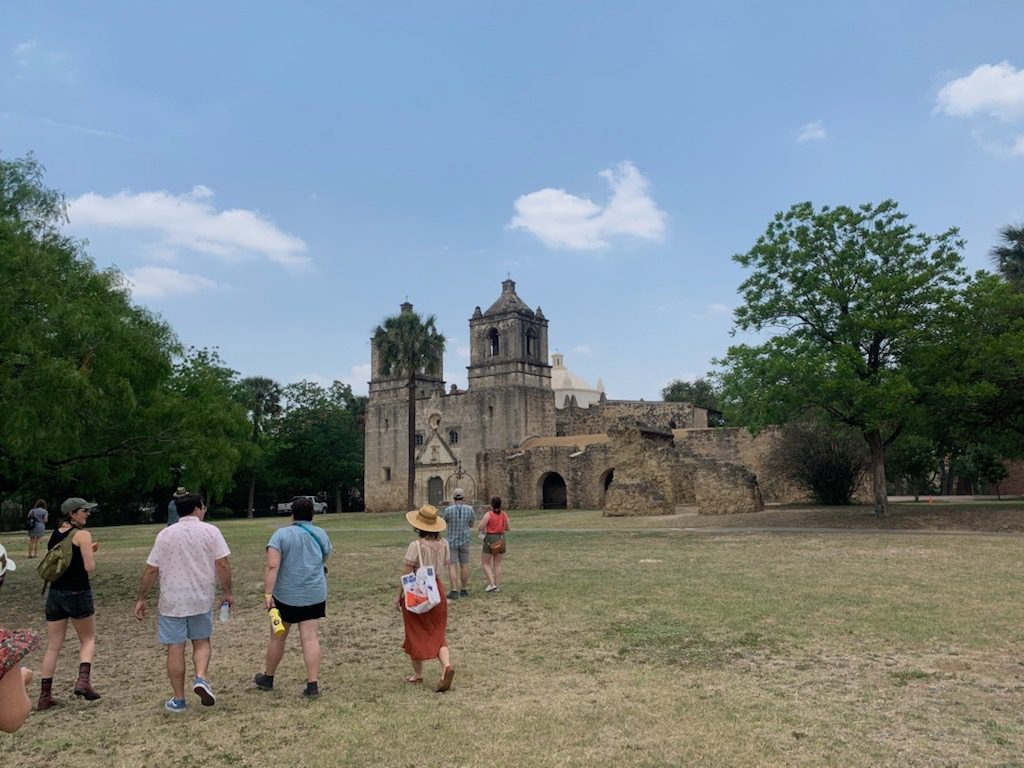 Mission Concepción, c. 1755, is one of four missions included in the San Antonio Missions National Historical Park, the only UNESCO World Heritage Site in Texas.

The PSC is a member of the Vernacular Architecture Forum (VAF), a national organization dedicated to the study of “vernacular” or unique, locally-inspired architecture. In Charleston, one of our most widely recognizable vernacular forms is the single house, designed and popularized in response to local climatic and urban conditions. The methods and styles of construction specific to a community reflect local needs and values, providing an important lens for studying sustainable development practices and local identity.

Each year, VAF hosts a national conference to examine the architectural and landscape heritage of an individual community and discuss local challenges and preservation approaches. This year’s conference was held in San Antonio, Texas, a city characterized by a complicated history of cultural exchange between indigenous people groups, European immigrants, enslaved African Americans, and their descendants on both sides of the U.S.-Mexico border. PSC Manager of Preservation Initiatives Anna-Catherine Carroll attended this year’s VAF conference and represented Charleston among a group of interdisciplinary scholars and professionals from across the country. 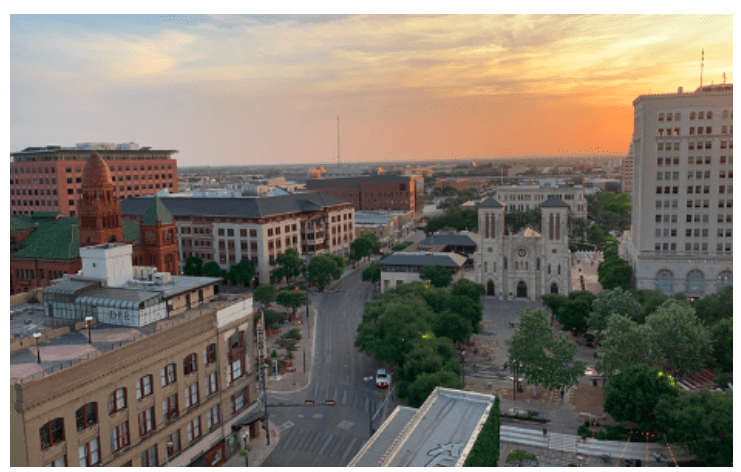 San Antonio is a vibrant city with a strong preservation ethic. Perhaps best known for the Alamo, an 18th century Spanish mission and the site of an infamous 1836 battle for Texan independence from Mexico, the region’s cultural heritage is extensive. San Antonio contains 20 National Register Historic Districts and 31 locally-designated historic districts, ranging in size from just three parcels to the seven-mile-long Mission Historic District, with a wide variety of architectural styles from Spanish colonial to Art Deco.

San Antonio’s vernacular architecture is characterized by locally derived materials such as limestone and brick, and reflects a unique combination of cultural influences as centuries of indigenous communities, Spanish colonizers, later European immigrants, and generations of descendants settled along the San Antonio River.

Despite the differences between our cities, when it comes to historic preservation, San Antonio and Charleston have much in common. Much like our public process, alterations to historic properties in many of San Antonio’s historic districts are under the purview of the Historic and Design Review Commission (HDRC). However, San Antonio also grapples with many of the same challenges we face, such as promoting resilience and creative climate adaptation strategies, and fostering an inclusive narrative of the city’s past.

The city’s Office of Historic Preservation (OHP) is currently addressing these key issues through several innovative initiatives from which the PSC seeks to learn as we continue to grow our own research, outreach and interpretive programs: 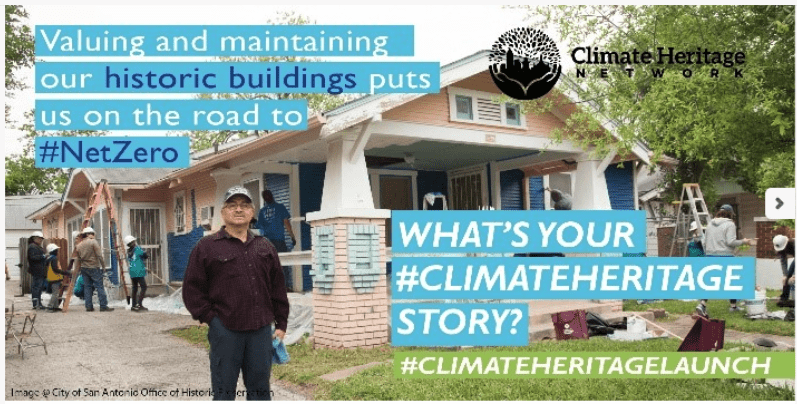 San Antonio was one of the first U.S. cities to join the international Climate Heritage Network in 2018. Through its local Climate Heritage Program, the San Antonio OHP is drawing from community memory and traditional, sustainable responses to hazard events, including river flash flooding, droughts, and violent storms, to inform modern climate adaptations.

As part of this program, the OHP hosts an annual Living Heritage Symposium, where residents, policy-makers, and activists gather to develop best practices for treatment of the city’s tangible and intangible cultural heritage. This program also includes the facilitation of an ongoing Deconstruction and Reuse Initiative that aims to ensure selective disassembly of buildings slated for demolition to direct reclaimed materials into the rehabilitation of existing affordable housing stock of a similar era of construction.

The OHP demonstrates commitment to inclusive storytelling through its Discovery Map, a crowdsourced collection of stories about the places, people, and traditions that exhibit San Antonio’s cultural identity and sense of place. This model allows for equitable documentation of the built environment, but also shared experiences that reflect the “intangible” heritage—traditions, art, spirituality, and events.

To promote perpetuation of traditional craftsmanship and legacy skills, diversity in the construction field, and greater access to knowledge of the built heritage of San Antonio, the city also supports an ongoing Living Heritage Trades Academy. This program provides training in traditional building trades through apprenticeships, hands-on workshops, and education on the history of local building methods and materials.

The Living Heritage Trades Academy supports programs that educate homeowners, contractors, students, and realtors on the importance of the cultural, economic, workforce, and environmental benefits of retaining original building materials.

As the PSC continues our work through key education and interpretive initiatives like our Carolopolis Award program, the Charleston Justice Journey, as well as our consistent advocacy for resilient urban design solutions, our staff is grateful for the opportunity to compare notes with other cities committed to creative approaches that prioritize place and people.