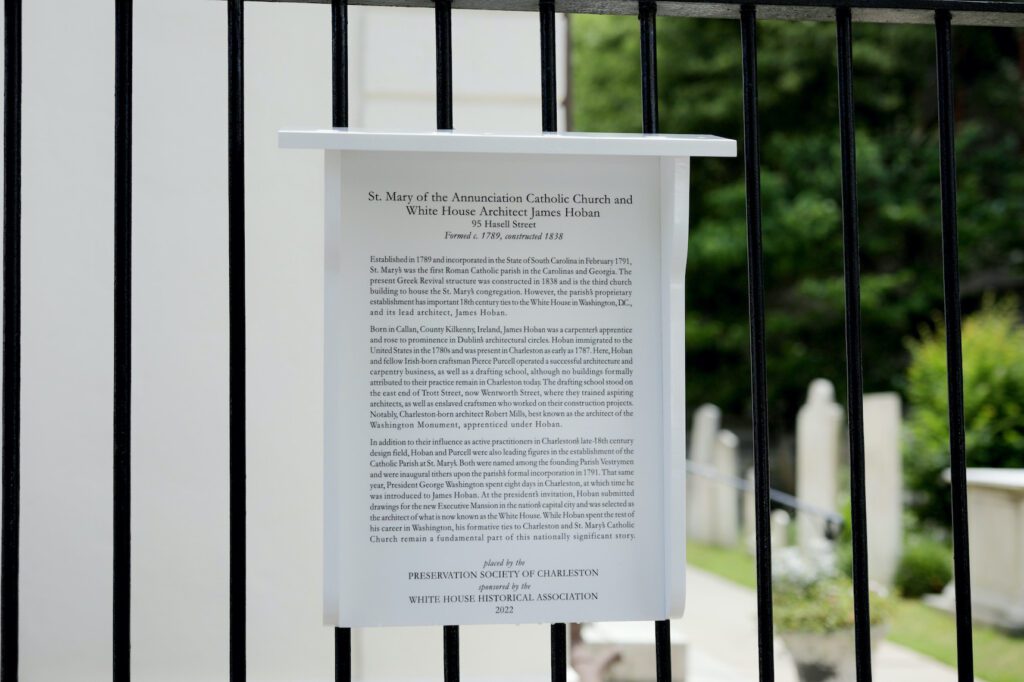 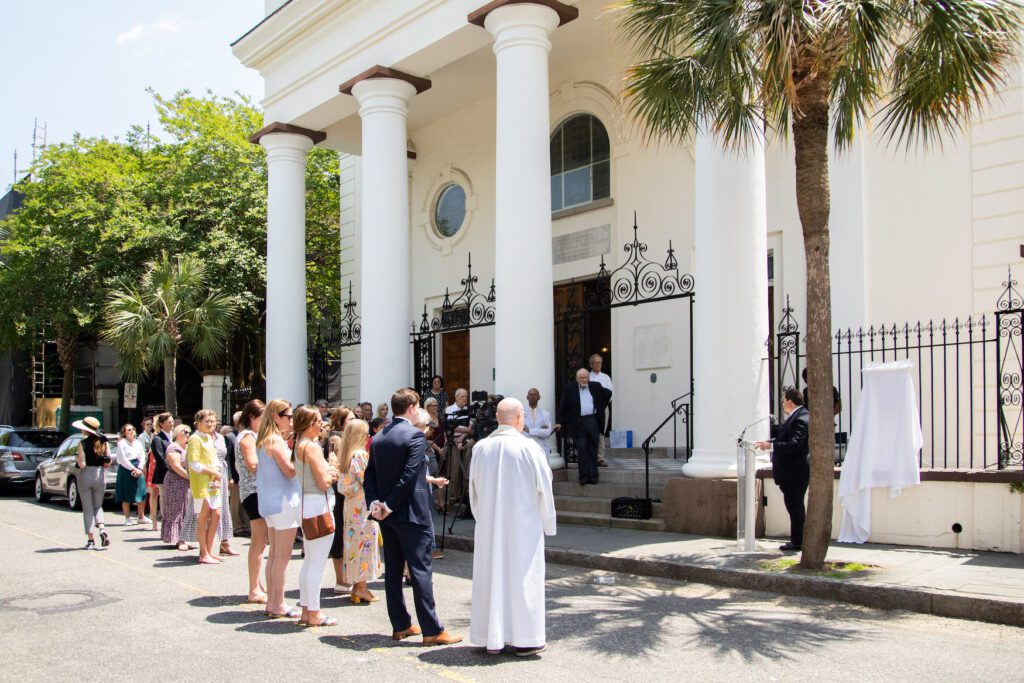 Established in 1789 and incorporated in the State of South Carolina in February 1791, St. Mary’s was the first Roman Catholic parish in the Carolinas and Georgia. The present Greek Revival structure was constructed in 1838 and is the third church building to house the St. Mary’s congregation. However, the parish’s proprietary establishment has important 18th century ties to the White House in Washington, D.C., and its lead architect, James Hoban.

Born in Callan, County Kilkenny, Ireland, James Hoban was a carpenter’s apprentice and rose to prominence in Dublin’s architectural circles. Hoban immigrated to the United States in the 1780s and was present in Charleston as early as 1787. Here, Hoban and fellow Irish-born craftsman Pierce Purcell operated a successful architecture and carpentry businesses, as well as a drafting school, although no buildings formally attributed to their practice remain in Charleston today. The drafting school stood on the east end of Trott Street, now Wentworth Street, where they trained aspiring architects, as well as enslaved craftsmen who worked on their construction projects. Notably, Charleston-born architect Robert Mills, best known as the architect of the Washington Monument, apprenticed under Hoban.

In addition to their influence as active practitioners in Charleston’s late-18th century design field, Hoban and Purcell were also leading figures in the establishment of the Catholic Parish at St. Mary’s. Both were named among the founding Parish Vestrymen and were inaugural tithers upon the parish’s formal incorporation in 1791. That same year, President George Washington spent eight days in Charleston, at which time he was introduced to James Hoban. At the president’s invitation, Hoban submitted drawings for the new Executive Mansion in the nation’s capital city and was selected as the architect of what is now known as the White House. While Hoban spent the rest of his career in Washington, his formative ties to Charleston and St. Mary’s Catholic Church remain a fundamental part of this nationally significant story.