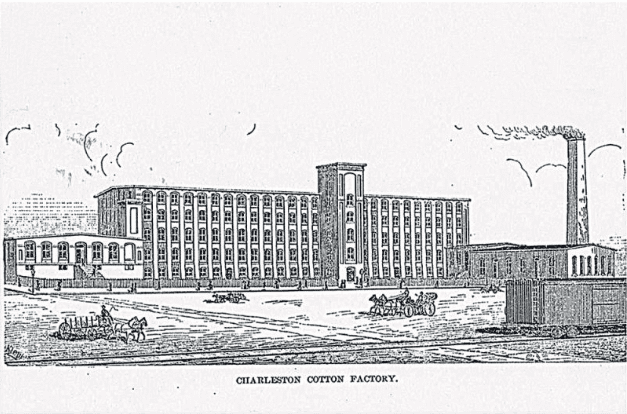 The Cigar Factory at 701 East Bay Street was built c. 1882 and is one of the few surviving examples of Victorian industrial architecture in Charleston. Originally constructed as a textile mill, the sprawling five-story masonry building was repurposed by the American Tobacco Company (ATC) in 1903 and used as a cigar factory until its 1973 closure.[1] Throughout the early 20th century, the building accommodated as many as 1,300 employees tasked with the production, manufacturing, and packaging of cigars. During this period, a factory employee’s duties and pay were often influenced by race and gender.[2]

In response to persistent racial discrimination, inadequate pay, and poor health benefits, more than 1,000 Cigar Factory employees, walked off their jobs on October 22, 1945, a majority of whom were African American women.[3] Working with the local chapters of the Food, Tobacco, Agricultural and Allied Workers (FTA) union and Congress of Industrial Organizations (CIO), the Charleston protestors partnered with unions in Philadelphia, Pennsylvania and Trenton, New Jersey to form a national strike against the ATC.[4]

Activists in Charleston specifically demanded a pay increase of 25 cents per hour and the ability to unionize to protect their civil rights.[5] For more than five cold months, from sunrise to sunset, the Cigar Factory strikers protested against the company. Long-time factory employee Lucille Simmons maintained morale by leading the activists in song, most notably the hymn “We Shall Overcome,” which became an iconic anthem of the national civil rights movement in the mid-20th century.[6]

During the last week of March in 1946, the ATC agreed to raise wages by 8 cents and rescind certain discriminatory restrictions that barring African Americans from skilled jobs.[7] While the ATC’s response did not comprehensively address injustice in the workplace, the protestors succeeded in catalyzing positive change, and inspired other local demonstrations like the 1969 Hospital Strike. In the 1940s south, the Cigar Factory strike was revolutionary in its illustration of the power of a unified voice.[8]

Click the images below to explore the Cigar Factory Strike gallery. 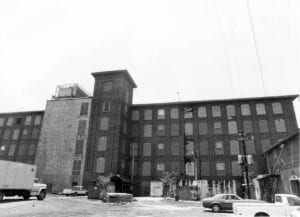 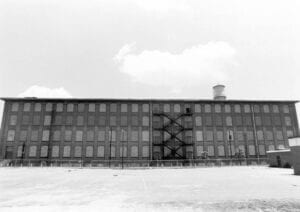 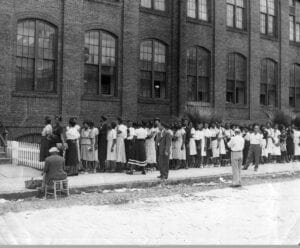 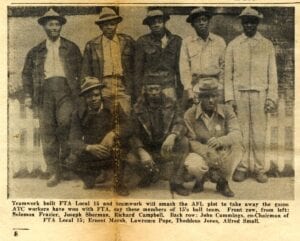 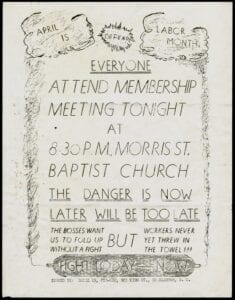 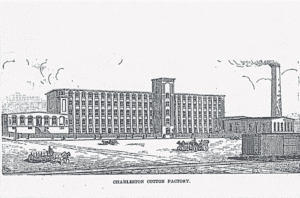 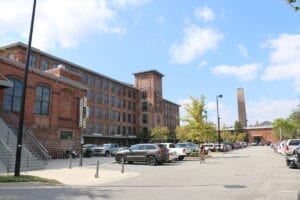