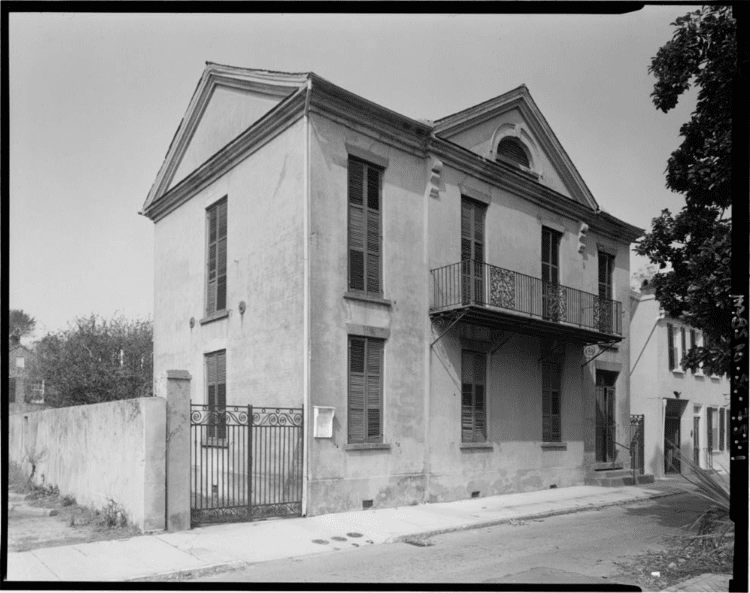 The two-and-one-half story Neoclassical building at 8 St. Michael’s Alley was designed by notable Charleston architect Edward Brickell White, and built in 1848-49 for attorney and jurist James Louis Petigru as his office. The building’s St. Michael’s Alley stucco façade is embellished with brownstone lintels, a central pediment, and a wrought iron balcony with cast iron panels. The ironwork is not an original feature, but was installed during an early 20th century restoration of the building spearheaded by Preservation Society of Charleston founder, Susan Pringle Frost.[1]

In his law practice, and later as the attorney general for the state of South Carolina, Petigru openly represented legally disadvantaged people from all walks of life including free people of color, and impoverished or unmarried women who had very few legal rights at the time. Notably, Petigru opposed the Negro Seaman Acts, a set of regulations brought about by Denmark Vesey’s 1822 Revolt, which barred African American men and women from independently entering Charleston by boat.[4]

Petigru was also known for his strong support of the United States Constitution and the preservation of the Union, a particularly controversial stance at the time when the southern states’ secession from the Union was gaining strong political backing. While sometimes regarded as a proto-supporter of civil rights, Petigru never publicly criticized the institution of slavery, and the inventory of his estate at the time of his death indicates he owned six enslaved adults and two children. [5] A champion of some, Petigru must still be viewed as a willing participant in a social system dependent upon and defined by the institution of slavery.

Click the images below to explore the James Petigru Law Office gallery. 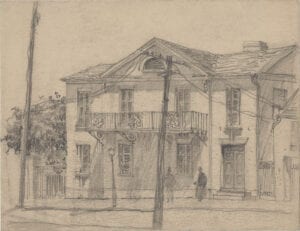 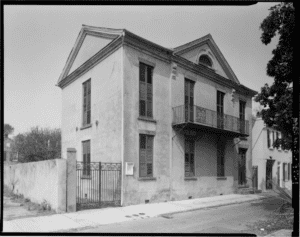 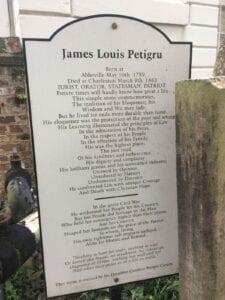 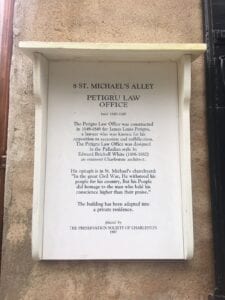 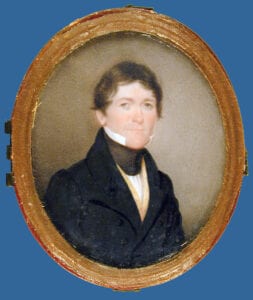 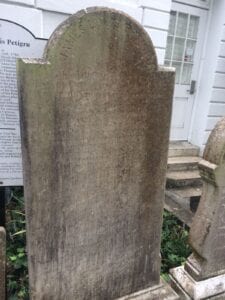 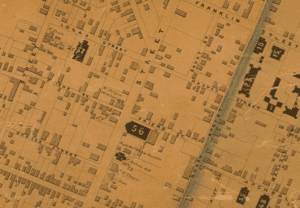 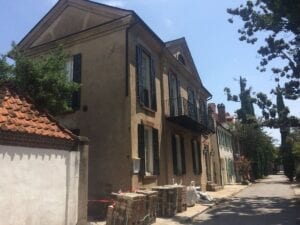