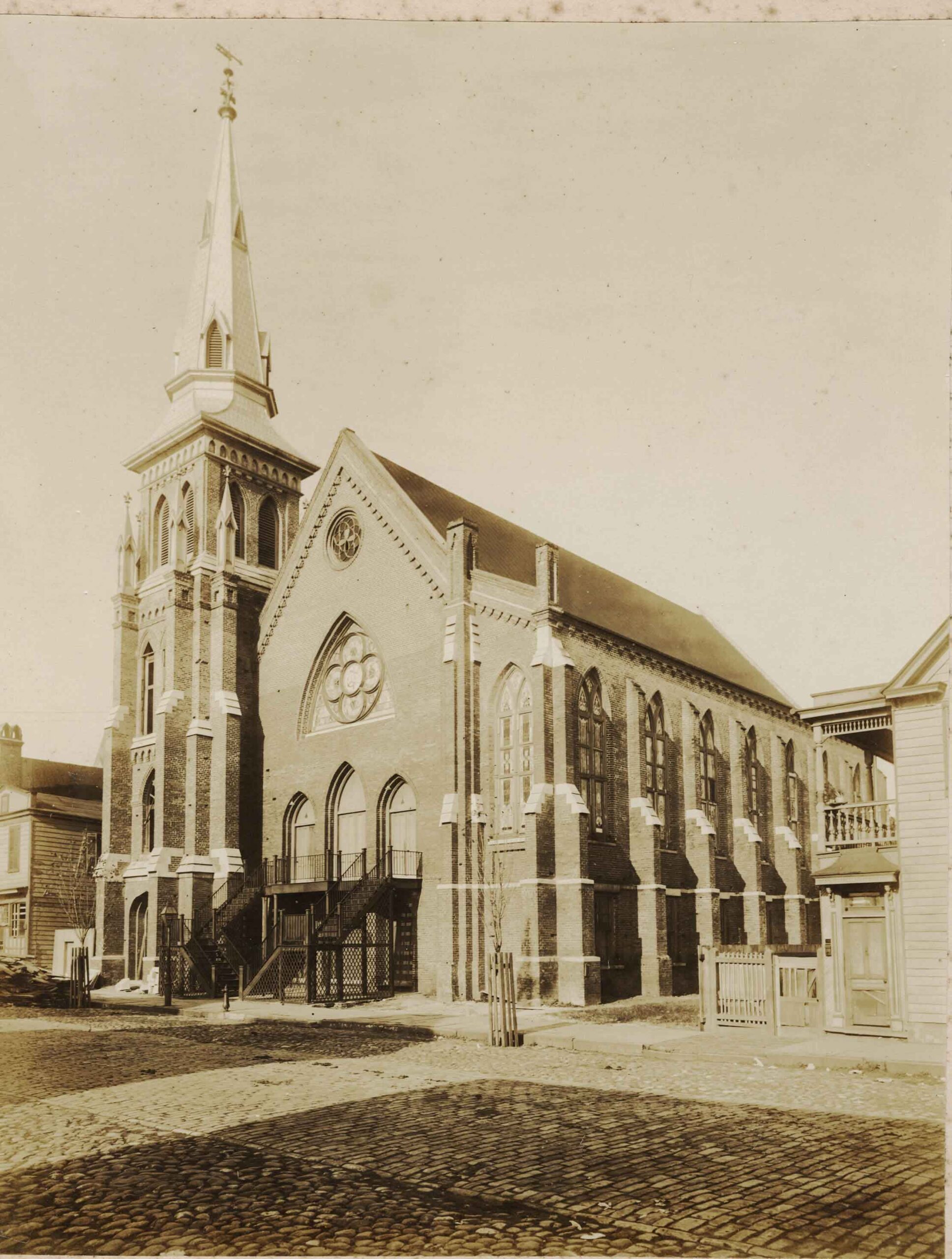 The Gothic Revival church building at 110 Calhoun Street was constructed in 1891-1892 to house the congregation known today as Emanuel African American Methodist Episcopal (AME), founded in 1818.[1] The historically African American church is the oldest Black congregation in the southeast and is associated with a number of Charleston’s most significant civil rights events and figures. [2] Often referred to as “Mother Emanuel,” the church’s colloquial name stems from the congregation’s relationship to its “daughter” church, Mount Zion AME, which formed in 1882 in response to a rapidly growing number of parishioners at Emanuel.[3]

The current church building on Calhoun Street is the third house of worship built and occupied by the Emanuel AME congregation since the church was founded in 1818; the first was located at the corner of Hanover and Reid Streets, and the second and third on the present Calhoun Street site. The first church building erected by the congregation on Calhoun Street was built shortly after the Civil War and destroyed in the earthquake of 1886. At this time, the congregation hired Charleston’s preeminent postbellum architect, John Henry Devereux, to design the current three-story brick church building with a prominent four-story steeple.[4] Typical of the Gothic Revival style, the church building features a steeply pitched roof, arched openings, buttresses, and intricate brick detailing. Construction began in 1891, but before the building was complete, it was significantly damaged by a cyclone in 1893, delaying its dedication until 1901. The building was extensively renovated in 1949-1951, at which time the masonry exterior was stuccoed and painted white, the front double stair was added, and several window openings on the Calhoun Street façade were infilled. Notably, the sanctuary largely retains its original floorplan and many interior features, a rarity among other Victorian era churches in the city.[5]

The congregation itself dates to the early-19th century when more than 4,000 free and enslaved Black Charlestonians seceded from the white Methodist Church to found their own branch of the AME Church under the leadership of Reverend Morris Brown.[6] Upon the church’s founding in 1818, City officials began persecuting the congregation for violating local laws intended to prevent large gatherings of African Americans. In 1822, this tumultuous period in the congregation’s history escalated when church member and community leader, Denmark Vesey, was accused of planning a revolution to free all enslaved people in Charleston and lead a mass emigration to Haiti.[7] Inciting panic among white Charlestonians, Vesey was ultimately executed along with 34 other Black Charlestonians found guilty of participation in the alleged conspiracy. In the aftermath, the City ordered the demolition of the original church building, located north of the city limits in Hampstead Village at the corner of Hanover and Reid Streets, representing a deliberate attempt to dismantle a symbol of Black independence.[8]  The congregation was then forced underground by an 1834 law explicitly prohibiting the formation and gathering of Black churches in Charleston, but was officially reorganized by the end of the Civil War, at which time the name Emanuel AME Church was adopted.[9]

During the 20th century, Emanuel AME became a center of African American life in Charleston, serving as prominent space for corporate worship, social gatherings, and political assembly. The church hosted key civil rights leaders including, Booker T. Washington, W.E.B. Du Bois, Martin Luther King Jr., and Coretta Scott King, and served as an important site for organization during the Kress Sit-In of 1960, and the Hospital Strike of 1969.[10]

In the wake of unspeakable tragedy, the Emanuel AME congregation continues to serve as a national leader in the promotion of open dialogue on issues of racial justice and reconciliation. Similarly, the iconic image of the steeple disseminated widely across media platforms since 2015 has become a symbol of hope and unity in 21st century American culture. This serves as a reminder that historic buildings are more than physical spaces; they embody memory and human stories, and provide a platform for community conversation not only about the past, but vision for the future.

Click the images below to explore the Emanuel AME Church gallery. 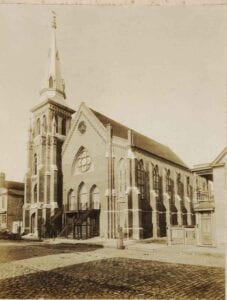 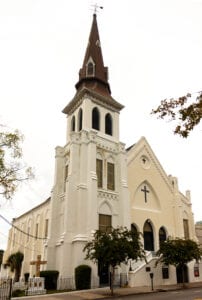 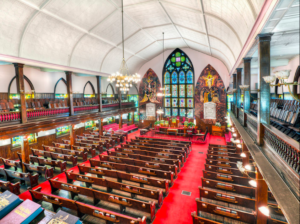 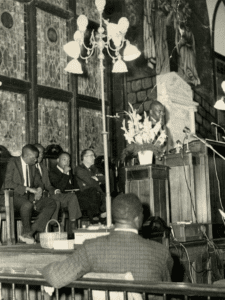 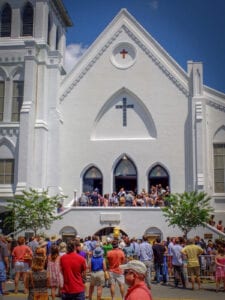 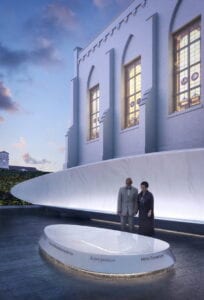 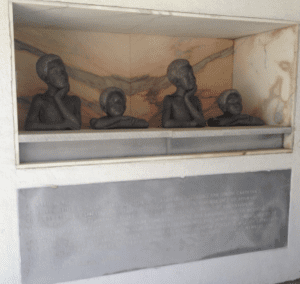 [4] Jonathan Poston, The Buildings of Charleston: A Guide to the City’s Architecture, Columbia: University of South Carolina Press, 1997

[7] Authority of the Corporation of Charleston, Negro Plot: An Account of the Late Intended Insurrection among a Portion of the Blacks of the City of Charleston, South Carolina. (Boston: Joseph W. Ingraham, 1822), 30.