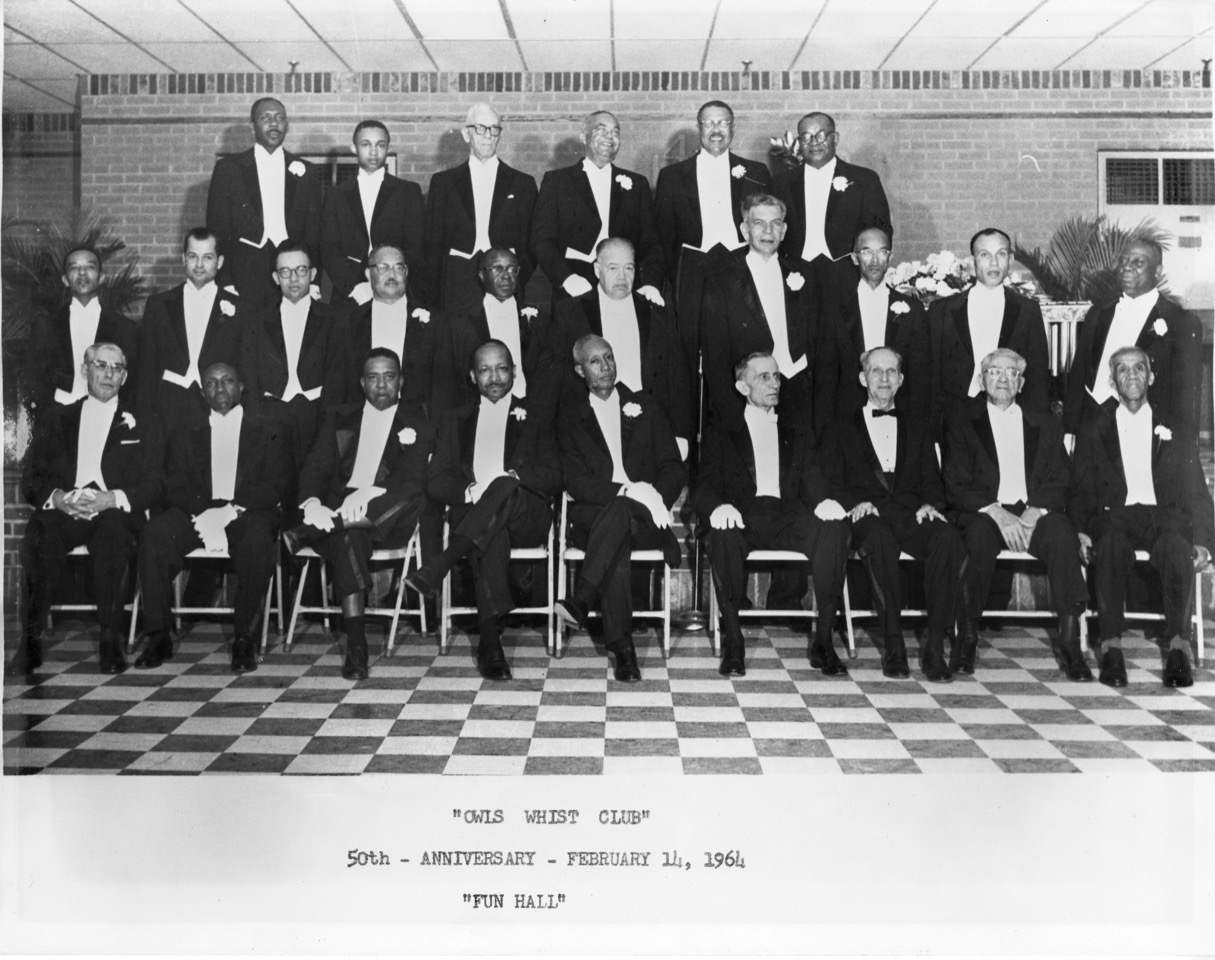 The Owls’ Whist Club was established in 1914 as a fraternal organization for African American businessmen to play cards and discuss social issues at monthly meetings. According to former Club member and community leader Arthur Clement Jr. (1908-1985), the significance of the Club’s name was two-fold: “Owl” referred to members’ affinity for late-evening gatherings, while “Whist,” a popular card game of the time, indicated the Club’s recreational nature.[1] In addition to Whist, members often played other games, including poker.

Since its founding, the Club has been regarded as a distinguished civic organization with membership comprised of prominent leaders in Charleston’s African American business community, representing a variety of professions. During Jim Crow Era segregation and the Civil Rights Movement, the Club provided a safe space for its members to engage in civic and political discussions, host community events, and connect over shared meals and card games. The Owls’ Whist Club is still active today, making it one of the longest-running social clubs of its kind in the nation.

In the Club’s early years, members hosted regular meetings at private residences and often rented spaces for larger gatherings. The inaugural meeting of the Owls’ Whist Club was held at 195 Smith Street, home of founding member Frank W. Dawson. The c. 1835 Charleston Single House underwent a major exterior rehabilitation from 2019 to 2021, earning a Carolopolis Award from the Preservation Society of Charleston.

The Owls’ Whist Club purchased land for the construction of a permanent clubhouse in the Ashleyville neighborhood of West Ashley in 1945.[4] Known as “The Roost,” the one-story cinder block building is attributed to renowned African American contractor Herbert A. DeCosta (1894-1960) and craftsman Thomas Mayhem Pinckney (1877-1952).[5] DeCosta was a member of the Owls’ Whist Club at the time of construction. Today, the clubhouse continues to serve as a gathering space for monthly membership meetings and other Club events. 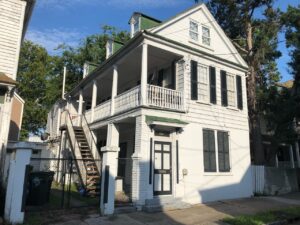 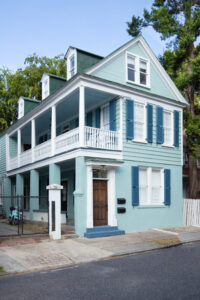 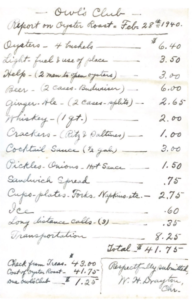 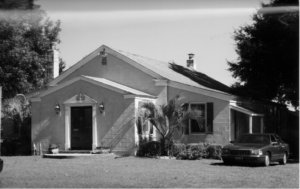 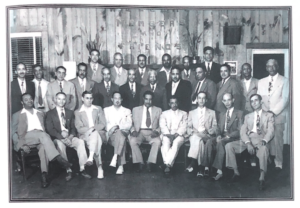 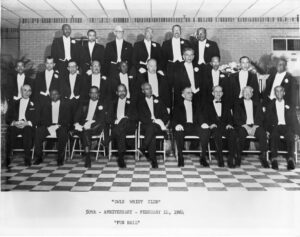 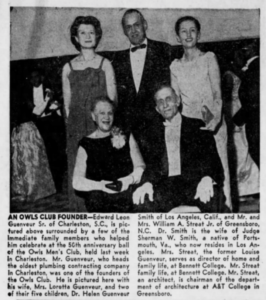 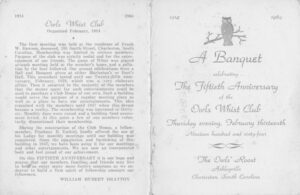